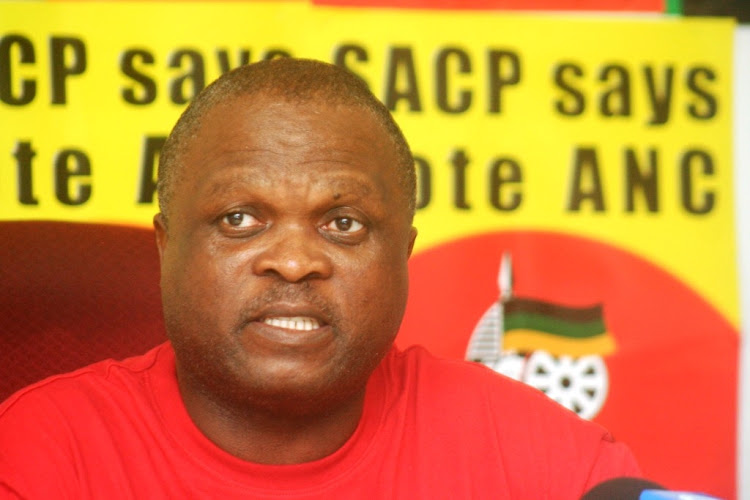 Mthembu told the media in Durban on Wednesday that the relationship between him and Nzimande had not changed‚ even though he was aware there were people who were trying to drive a wedge between them.

We will always maintain a good relationship with the general secretary‚ particularly because he comes from KZN‚” he said.

The SACP’s provincial leader was a close ally of Nzimande‚ who‚ over the past two years‚ had become one of former president Jacob Zuma’s fiercest critics. But their relationship is understood to have taken a knock after Mthembu‚ who is the KZN agriculture MEC‚ invited Zuma as his special guest during his budget vote in May this year.

Zuma’s invitation caused a stir in the KwaZulu-Natal legislature and resulted in opposition MPLs from the DA‚ the EFF and the NFP staging a walkout in protest against the former president’s presence.

This is believed to have incurred the wrath of the SACP‚ and particularly Nzimande‚ who was fired by Zuma as higher education minister during a late-night cabinet reshuffle in October last year after relations had soured between the two.

Nzimande’s expulsion was seen as Zuma’s fightback against an SACP onslaught led by Nzimande - who was appointed by Zuma’s successor‚ President Cyril Ramaphosa‚ as transport minister - for Zuma to step down as head of state.

Mthembu‚ who has held his position since 2002‚ was re-elected unopposed as provincial secretary. So were all 21 members of the party’s provincial executive committee.

The party’s PEC includes former eThekwini mayor James Nxumalo‚ who was elected as the SACP KZN chairperson‚ while the position of treasurer went to Nomarashiya Caluza‚ who is also South African Democratic Teachers’ Union KZN secretary.

The elections took place at the SACP’s 8th provincial congress held in Pongola in northern KwaZulu-Natal from Sunday until Tuesday this week. Nzimande delivered the keynote address at the congress.

Mthembu said the congress had condemned the “bloody” political killings in the province which had claimed many lives‚ including of SACP members.

“We cannot ignore the important ideological feature of this period‚ that political killings are a signal of a rightward shift in provincial politics. We reiterate our strong call for thorough investigations‚ with arrests‚ successful prosecution and stiff sentences to be meted to perpetrators‚” he said.

The SACP has also called for KZN Premier Willies Mchunu to immediately release the report of the Moerane Commission‚ set up to investigate political killings in the province.

The final report of the Moerane Commission is expected to be made public at the end of August.