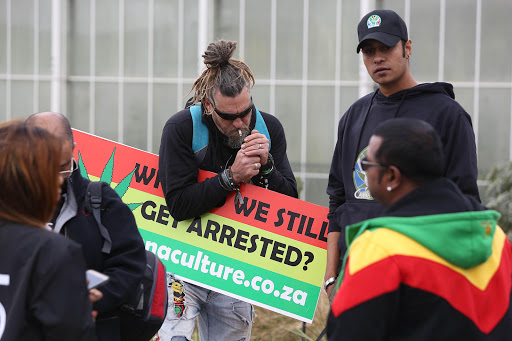 People arrested for possession of dagga should be advised by their legal representative to apply for a stay of prosecution pending the Constitutional Court judgment on whether laws banning dagga use at home are unconstitutional‚ said a legal expert.

Constitutional lawyer at Shepstone and Wylie‚ Nerisha Besesar‚ also cautioned that people be careful when signing an admission of guilt. “In many instances‚ people who are charged criminally end up signing admissions of guilt without realising that they will then have a criminal record.”

The ban on the private use of dagga was found by the Western Cape High Court to be unconstitutional but this March 2017 judgment needs to be approved or rejected by the Constitutional Court.

The case was heard in the Constitutional Court in November but judgment has still not been made.

Meanwhile‚ the so-called dagga couple‚ Jules Stobbs and Myrtle Clarke‚ have managed to help 90 people obtain a stay of prosecution for possession of‚ or dealing in‚ dagga‚ with the latest one granted in the Johannesburg high court last week.