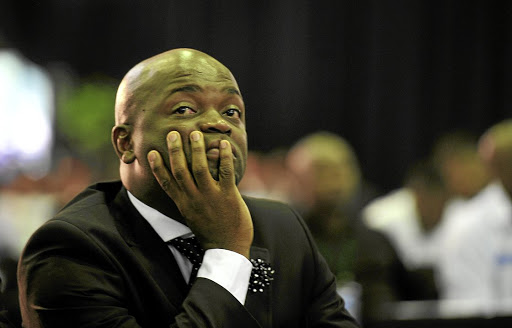 Tshwane mayor Solly Msimanga's failure to involve the EFF in his decision-making has left him with his back against the wall, as political parties in the capital are already planning for life without him at the helm.

Msimanga will be staring down two separate motions of no confidence during Thursday's council meeting, from the ANC and the EFF.

EFF caucus leader in Tshwane, Moafrika Mabogoane, told Sowetan yesterday that they wanted Msimanga gone because he was "controlled and managed" by DA's "white caucus".

Mabogoane said the same caucus in Tshwane metro was using Msimanga to take on municipal manager Moeketsi Mosola, who has until tomorrow to explain to council why he should not be suspended.

Mabogoane said the EFF had met with Msimanga shortly before last week's special council meeting, where a report calling for Mosola's suspension was tabled.

EFF leader Julius Malema spoke to a crowd of hundreds in Soweto at a march to Chris Hani Baragwanath Hospital in February 2018. Malema promised the crowd that they would remove Nelson Mandela Bay mayor Athol Trollip from his post.

"His (Msimanga) response to us was that 'I'm satisfied with the responses from the city manager'... Then the following day, here's a special council meeting to suspend Mosola," Mabogoane said.

The Red Berets staged a walkout from the council meeting. Mabogoane denied they were defending Mosola.

Msimanga declined Sowetan's requests for comment on the matter yesterday.

His spokesperson, Samkelo Mgobozi, said the mayor would only speak at today's scheduled press conference.

"Msimanga will set the record straight on the misinformation peddled by the ANC and EFF designed to roll back the gains of the DA-led multiparty administration has made to date," Mgobozi said.

ANC Tshwane regional chair Kgosi Maepa said if the EFF motion is put forward first, the ANC in the metro will support it.

The City of Tshwane is dysfunctional and needs help in the form of a motion of no confidence in its mayor‚ Solly Msimanga‚ the ANC in Gauteng said on ...
News
3 years ago
Next Article