Tshwane metro on brink of collapse? 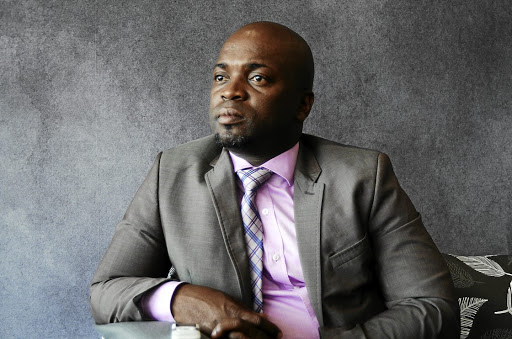 Tshwane mayor Solly Msimanga faces a testing week in power, with calls for him to step down mounting.
Image: Mduduzi Ndzingi

The battle over the future of Tshwane's municipal manager Moeketsi Mosola could result in the collapse of mayor Solly Msimanga's government by the end of the week.

The three main political parties in the capital city are at loggerheads over Msimanga's push for Mosola to be suspended while allegations against him are investigated.

A report recommending Mosola's suspension, over an alleged dodgy R12bn tender, was approved by a special sitting of Tshwane council at a heated meeting in Pretoria last Wednesday. The EFF had earlier walked out of council chambers, accusing the DA of hounding Mosola out of office.

While the EFF and the ANC agree on a motion of no confidence in Msimanga, expected to be debated on Thursday, they sharply disagree on Mosola.

It was initially expected that the two parties will have no difficulty in removing Msimanga and replacing him with a consensus candidate as mayor. But the ANC threw a spanner in the works on Sunday when it announced that it would not be putting forward any candidates, but would rather be calling for a fresh election in the metro.

Political insiders in the city say the ANC's latest move follows informal talks with the EFF where the Red Berets apparently pledged to back an ANC candidate on condition that Mosola keeps his job as municipal manager. The ANC apparently refused to negotiate with preconditions.

EFF spokesperson Mbuyiseni Ndlozi flatly denied talks with the ANC over who the next mayor would be if the vote of no confidence against Msimanga succeeds.

"We have had no meeting whatsoever with the ANC or any agreement, for that matter," Ndlozi said. "We shall not even entertain any candidate in private. If the ANC wants a new candidate, then they must place it on the public record and not come to us."

The City of Tshwane is dysfunctional and needs help in the form of a motion of no confidence in its mayor‚ Solly Msimanga‚ the ANC in Gauteng said on ...
News
3 years ago

ANC Gauteng deputy chairperson Panyaza Lesufi said his party wanted fresh elections because the DA-led coalition government in the city had become dysfunctional. He said they were not interested in ousting Msimanga and then forming a coalition government with other parties.

"We don't want to get to power through the back door... If the electorate votes back the DA, let it be so," Lesufi said.

"The residents of Tshwane gave a mandate for the DA and other opposition parties to form a coalition government to administrate the business of the city and deliver services to its residents," Malatsi said.