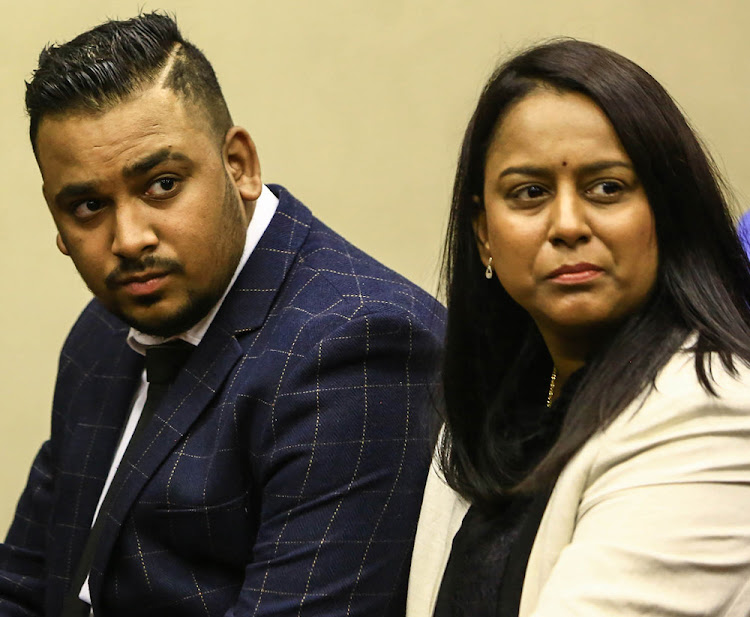 Preshalin Naidoo and his mother during a court proceeding.
Image: Simphiwe Nkwali

The motorist convicted of causing the deaths of Top Billing presenter Simba Mhere and his friend Kady-Shay O’Bryan will stay behind bars while he awaits his appeal to be heard.

Judgment on Preshalin Naidoo’s bail application was delivered in the Johannesburg High Court on Friday by Acting Judge Sam Makamu.

The National Prosecuting Authority confirmed on Monday that Naidoo’s bail application had been denied. He is serving time for culpable homicide for causing the crash that led to Mhere and O’Bryan’s death.

Preshalin Naidoo was sentenced to 10 years’ imprisonment on Monday by the Randburg Magistrate’s Court.
News
3 years ago

They had been travelling on William Nicol Drive in Johannesburg on January 31‚ 2015‚ when Naidoo’s car slammed into them on the N1 offramp. Mhere’s father‚ Joseph‚ was also in the car but survived the crash.

Naidoo had blamed mechanical failure for the accident. However‚ during the trial the court heard evidence from a tracking company that the vehicle had been speeding prior to the accident.