NPA asks for postponement in case against former Sars trio 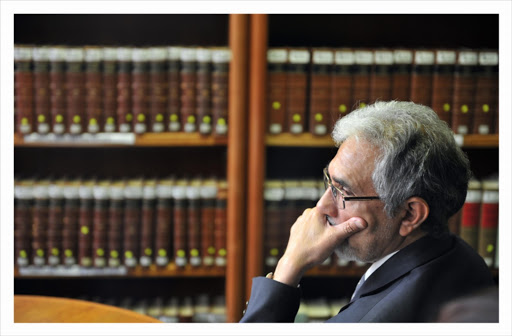 A case against three top former South African Revenue Service (Sars) officials was postponed for the third time on Friday.

Ivan Pillay‚ Johann van Loggerenberg and Andries Janse van Rensburg were due to make oral submissions in the Pretoria Magistrate’s Court in their application to compel the state to hand over parts of a docket being withheld by the state in the criminal case against them.

Although they had been provided with Part A of the police docket‚ comprising of an official complaint lodged by suspended SARS commissioner Tom Moyane‚ they wanted to be provided with parts B and C of the docket.

Part B contains internal reports and memoranda‚ and PartC contains the investigation diary.

Business Day reported in June that they were appearing in court on charges related to the alleged bugging of the NPA offices in 2007. The charges formed part of an alleged “rogue unit” narrative. The bugging allegations surfaced in a KPMG report‚ parts of which were retracted by the audit firm.

Pillay was the former deputy commissioner at the tax agency.

During their last appearance in June‚ the three indicated they would bring the application seeking further disclosure of the docket.

They submitted affidavits on July 13 but received no response from the state. It was only on Thursday afternoon that the NPA indicated that it would seek a postponement.

The Pretoria Magistrate’s Court on Friday granted the request for a postponement until September 12.