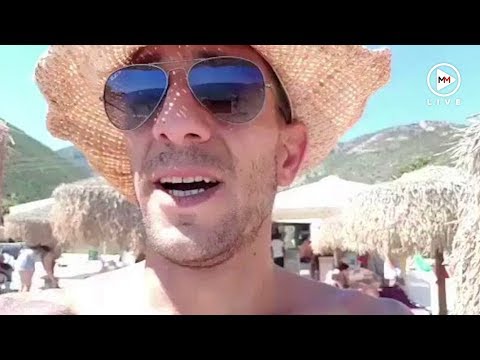 Twitter goes in hard for #AdamCatzavelos after his racist video Businessman Adam Catzavelos took to social media to boast about a beach holiday where ‘not a single k****r’ was around. Here’s how social media reacted.

Adam Catzavelos‚ who caused national outrage after a video of him using the k-word went viral on Tuesday‚ has apologised to South Africa for the damage his video caused the country.

He said he had been thoughtless and insensitive.

“I have watched my video and feel total shame. It is hard to put into words what I want to say and genuinely apologise‚” he said in a statement.

“I don’t expect people to forgive me‚ but will spend the rest of my life repenting and trying to make up for my total lack of respect and judgement‚” Catzavelos said.

Following the appearance of the video on Tuesday‚ Catzavelos was fired from the family-run business‚ St George’s Fine Foods‚ and removed from its board of directors.

The family and St George’s Fine Foods said the business was in the process of negotiating a settlement on his minority 33% stake in the company.

On Wednesday‚ the Economic Freedom Fighters in Gauteng opened a case of racism against him‚ while the Democratic Alliance Youth referred his conduct to the South African Human Rights Commission for investigation.

A number of companies which did business with St George’s Fine Foods also cancelled their relationship with the company. 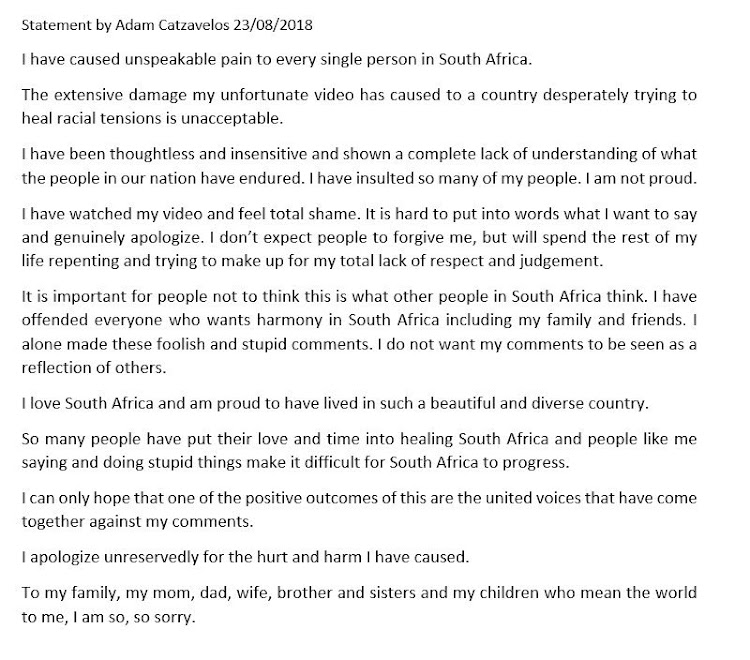