By Sipho Mabena and Penwell Dlamini 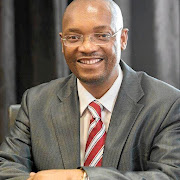 Suspended Tshwane Metro boss Moeketsi Mosola has been accused of falsifying information after the SA Qualifications Authority's revelation that he lied about the verification of the qualifications of senior managers with the body.

In June, Mosola said in a statement he had "personally overseen the appointment of all senior managers reporting to him and that he had verified their qualifications with SAQA".

Mosola issued the statement after the surfacing of the scandal involving Tshwane mayor Solly Msimanga' chief-of-staff, Marietta Aucamp, who resigned in a cloud after lying about her qualifications.

However, SAQA released a statement yesterday following a story by Sowetan which showed that the city's chief of emergency services Previn Govender misrepresented the levels of his academic qualifications when he applied for his position last year.

"The City of Tshwane's claim that it used SAQA to verify the qualifications of its senior managers before appointing them is false.

"The SA Qualifications Authority notes with concern recent statements made by the City of Tshwane indicating that they had verified the qualifications of their senior managers with SAQA before making their appointments," said SAQA CEO Joe Samuels.

"SAQA wants to put it on record that it does not have any verification records for Mr Previn Govender on its database. This means that no verification of qualifications for Mr Govender was ever processed by SAQA.

Mosola was suspended as city manager on Wednesday. A report recommending his suspension was approved by a special sitting of the Tshwane city council at a heated meeting in Pretoria.

On Monday, Sowetan reported that there were discrepancies in the qualifications of Govender, which were spotted by SAQA.

In his CV, Govender said he has an Advanced (associate) Diploma in Fire Technology obtained from the Southern African Emergency Services Institute. His qualification, he added, was an NQF Level 7.

But SAQA disputed this, revealing that this was an in-house qualification which has no NQF Level assigned to it.