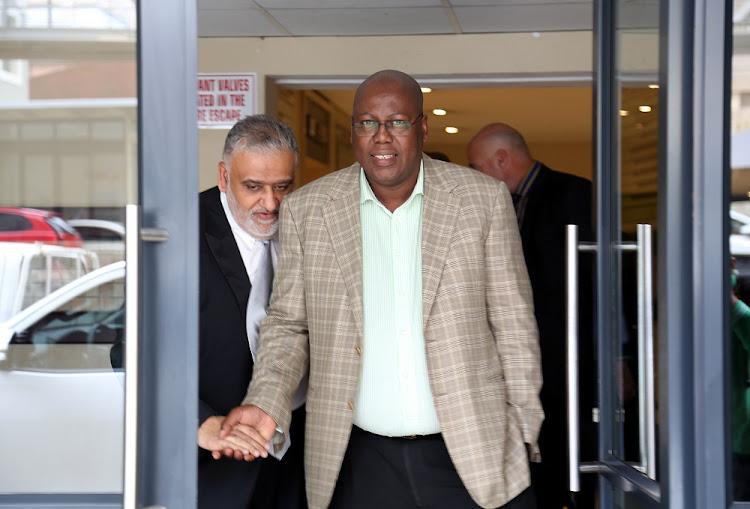 KwaZulu-Natal ANC deputy chairperson Mike Mabuyakhulu will be making an application to the head of the specialised crimes unit for his case to be heard separately from that of his co-accused to minimise political fall-out.

Mabuyakhulu and Durban businessman Mabheleni Ntuli were cited among the five main role-players in a fraud‚ corruption and money laundering case relating to a failed jazz festival five years ago that cost taxpayers R28-million.

It is alleged that during his tenure as MEC of economic development in KZN‚ Mabuyakhulu had directed millions into the accounts of his seven co-accused and nine other companies and businessmen for which he allegedly received kick backs.

During a brief appearance in the Durban Commercial Crime Court on Wednesday‚ Mabuyakuhulu's lawyer‚ advocate Jimmy Howse‚ appealed to the state to respond to their request for particulars filed in August last year.

Mabuyakhulu is expected to make an appearance in the Durban Commercial Crimes court.
News
3 years ago

Howse said: “My client plans on making an application to the head of the specialised crimes unit for his matter to be heard separately. He only faces six of the 77 charges. He has been drawn into a massive matter for his small role.”

“This case will have profound prejudicial effects on my client because of his political standing.” The state said that they would only be able to respond after all the co-accused had entered their particulars.

National Prosecuting Authority spokesperson‚ Natasha Kara said: “The request of particulars could be anything pertaining to the case or any queries or questions the accused and their lawyers might have about the case.”

The matter will be back in court on October 16.