What Mark Minnie said in his “last piece of writing” 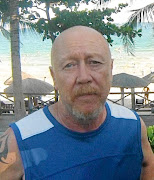 That is what Mark Minnie wrote to Chris Steyn in his last letter to the co-author of The Lost Boys of Bird Island before his death.

He called the letter his “last piece of writing”.

“The pitiful cries of the lost boys of Bird Island have haunted me for the past 31 years. At last their story is out. Chrissy‚ don’t give up now. You are almost home. No government officials preventing you from investigating this time round.”

Steyn replied: “Mark‚ I will keep going. You knew that. I just wish you could have been here to go through all the new leads with me. If only you were still alive to see all the information and incredible confirmation that has come in since the book was published. You would have felt some vindication at last.

“But I have good news‚ Mark. There is already enough to start building a new docket. Once we are ready‚ we will hand it over for further action. That was all you ever wanted. A proper investigation. But you don’t have to worry about it anymore. And nobody is going to steal this docket. Chrissy.”

Tafelberg Publishers said in a statement on Tuesday‚ issued on behalf of Steyn‚ that Minnie also mentioned in his final note that he was tired and looking forward to eternal rest.

“The rest of his note is addressed to his family.”

Minnie‚ 58‚ was found dead on Monday last week with a gunshot wound to the head on a smallholding in Port Elizabeth. Police initially ruled out foul play and said it appeared to be a suicide.

The Lost Boys of Bird Island implicated high-ranking National Party cabinet ministers and a businessman in the abuse of young boys during the 1980s.

Minnie’s relative‚ Tersia Dodo‚ does not believe he committed suicide. She said the former policeman feared for his life after the publication of the book.

Steyn encouraged anyone with more information to come forward by emailing birdisland2018@gmail.com