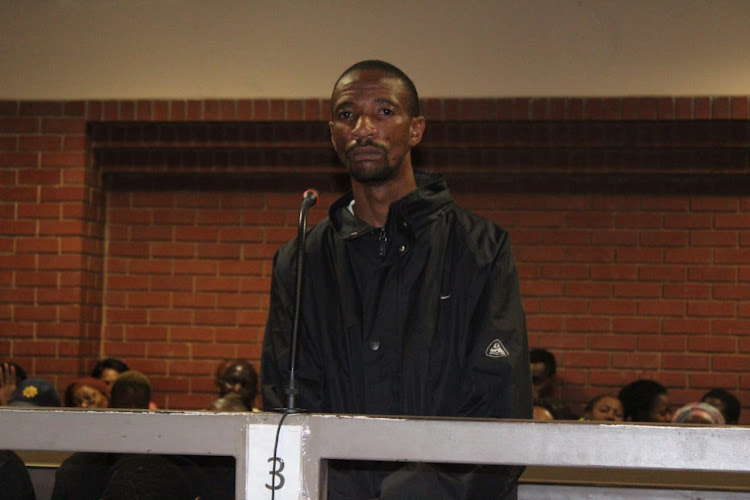 A 29 year old man made his third appearance in the Benoni Regional Court today for the murder of his ex-girlfriend.

Siyabuyela Ngqeme allegedly stabbed  Zanele Rozani, 28, to death in his shack in Daveyton, Ekurhuleni, on July 30.

According to police, Rozani was trailed by Ngqeme in the township street as she was walking home after taking her eight-year-old child to school.

A 34-year-old suspect appeared in the Benoni Magistrate's Court on Monday in connection with actor Dumi Masilela’s murder and botched hijacking.
News
3 years ago

Police spokesperson Nomsa Sekele said Rozani was allegedly dragged by Ngqeme into his shack where he attacked and butchered her. The accused allegedly did not take kindly to the deceased refusing to get back into the  relationship with him.

Ngqeme was arrested on same day of the murder.

Sekele said Ngqeme was facing charges of murder and domestic violence and that other charges could be added at a later stage.She added that the matter was postponed today because of delayed postmortem results from the state pathologist.

The matter has been postponed to August 31.

The Supreme Court of Appeal (SCA) has dismissed an appeal by former ANC Northern Cape chairman John Block and a business associate Christo Scholtz ...
News
3 years ago
Next Article