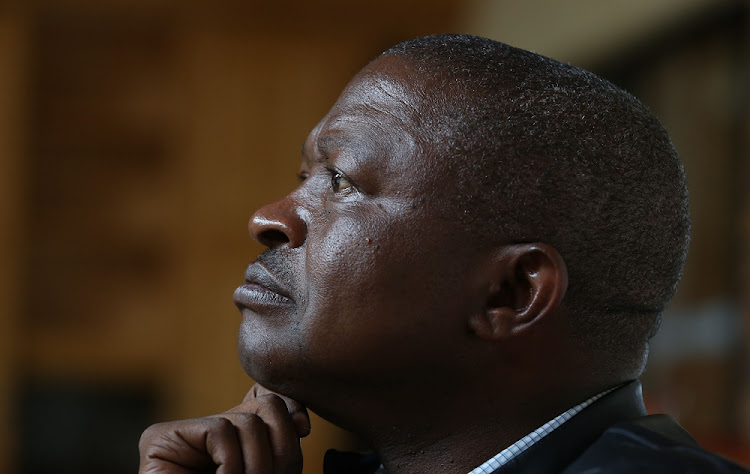 Maumela was reacting to news that Mabuza had laid defamation charges against him for likening him to an alleged murderer.

During a media conference in Marshalltown on Tuesday‚ Maumela said all he did was to repeat what Mabuza had said in public when he said "umuntu uyalimala‚ umuntu sizomlimaza‚ umuntu siyamshaya‚ ufa manje‚ manje‚ manje". Translated‚ he said: "A person gets hurt‚ we will hurt a person‚ we beat a person‚ and he dies now‚ now‚ now (instantly).”

Maumela said this was gangsterism being openly encouraged and said the CSA would not stand for a deputy president who made such remarks in public.

Deputy President David Mabuza has taken a stance to clear his name by opening a defamation case.
News
3 years ago

"People die in Mpumalanga and these are the words mentioned by your so-called deputy president who is not even fit for office. That man deserves to be in court and respond to these allegations."

Maumela said he was ready for court and would repeat what he said about Mabuza any day.

He said: "If you google it‚ DD appears 72 times from 1997 until 2018 on murder mentions. All people who have revealed scandals against him‚ they get victimised or they die. We cannot have a culture of gangsterism in the ANC‚ it must be stopped‚ but no one in the ANC will because that man is too powerful.

"The day we go to court I will have a press conference before we go in and after to repeat everything that I have said. And I will not go to court in Mpumalanga‚ it must be in Joburg because I do not want to be beaten up and die immediately."

The New York Times on Saturday published an article entitled 'South Africa vows to end corruption. Are its new leaders part of the problem?'
News
3 years ago
Next Article