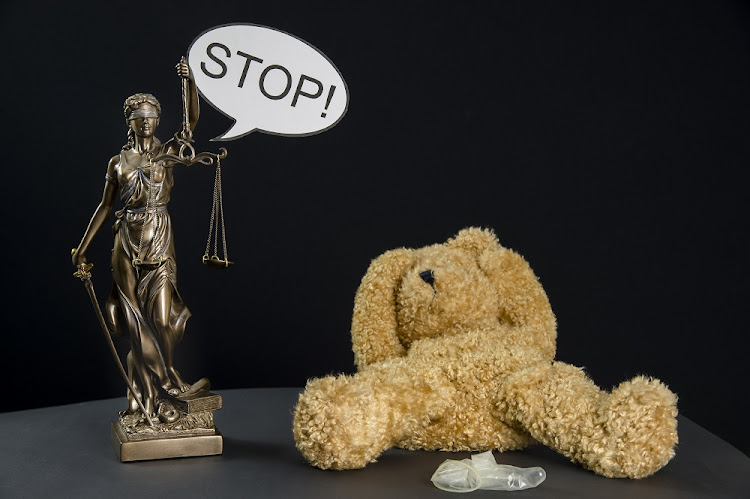 The 31-year-old captain told the court through his affidavit that he did not sexually assault the two pupils of AB Xuma Primary School.
Image: 123RF/Tanja Esser

The forensic investigating officer charged with sexual assault and rape of two Grade 3 pupils said he was rendered sick and booked off work for three days after he learned of the allegations in March.

The 31-year-old captain, who cannot be named due to the nature of the crime, told the court through his affidavit that he did not sexually assault the two pupils of AB Xuma Primary School in Orlando East, Soweto.

The sexual attacks allegedly happened when the police captain was interviewing the schoolgirls in preparation for a case against an expelled school security guard accused of the same charges.

During his bail application at Protea Magistrate’s Court, the officer attached to the Family Violence, Child Protection and Sexual Offences unit told the court through his lawyer, Advocate Monwabisi Ngcaweni, that he simply interviewed the learners while seated at opposite ends of a table in a classroom at the school that had its door open.

“On March 12 I reported for duty at Orlando police station’s FCS [unit] and then went to AB Xuma to interview 83 learners who were alleged to have been sexually assaulted by a security guard,” said the captain through his affidavit.

He said he called one of the pupils on a list given to him in order to obtain her statement.

Teen's mom outraged by decision not to prosecute.
News
3 years ago

“I introduced myself and told her I was there to interview her in connection with Mkhulu’s case and that I was there to take down their statements. I asked her if she was interviewed at the Teddy Bear Clinic and she said yes, that’s when I ticked off her name so I could confirm with the clinic whether they indeed interviewed her.” (Mkhulu is a general name the pupils and the school use to refer to the security guard accused of sexually molesting the girls.)

The police captain said he called another learner and followed the same procedure before moving on to learners in Grade 3.

“While interviewing the learner, I asked her if she knew others who were also interviewed at the Teddy Bear Clinic and she said yes. I asked her to call them. She returned with four other learners and they were dancing at the door of the classroom I was using to conduct interviews and I asked them what sort of dance was that. They said it’s a dance called twerking and that was taught to them by Mkhulu,” he said.

The forensic investigator, who holds an honours degree in social work, said he was left shocked the following day when he was confronted by his superiors and two unknown women at the school.

According to his affidavit, he said he was questioned about the method he employed while interviewing the learners.

“One lady asked me how I conduct my interviews and I told her that we sit at opposite sides of the table and I ask them questions. The lady asked me if I use a ginger bread man, which is used to identify body parts for children and I said no. I was taking statements and not assessing the learners,” he said.

“I fell sick and couldn’t sleep on the day I was told about the allegations. I saw a doctor and he booked me off for three days because I would never put a victim through trauma of that nature,” he said.

He said he was relieved of his daily duties and moved to the SAPS provincial headquarters in Parktown, Johannesburg, where he had been given duties of controlling the register and assisting with logistics.

The man‚ who cannot be named, is facing rape allegations of a 14-year-old girl.
News
3 years ago
Next Article