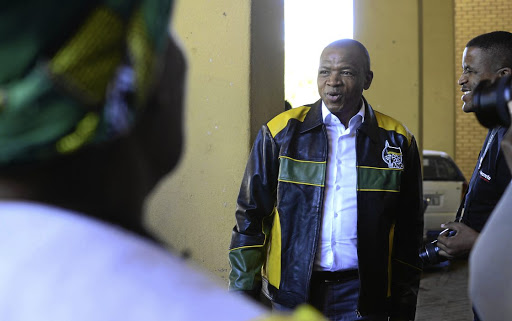 ANC secretary-general Ace Magashule has played down calls for the disbandment of the North West provincial leadership, labelling them as "side issues".

Magashule, who was part of the ANC top leadership visiting the troubled province, attributed the calls for disbandment of the provincial executive committee (PEC) to the fact that the party had opened its meetings to include ordinary members. "Initially only branch and regional leaders were scheduled to meet with the party's top guns. Side issues will always be raised, but we are happy that across the regions, our organisation is there [although] it's faced with certain challenges."

He was addressing journalists on Monday afternoon on the sidelines of the ANC's national working committee (NWC) meeting with the ANC North West leadership.

The NWC including the ANC's top six leaders were on a two-day visit to the province which started on Sunday and included meetings with branch and regional structures to discuss the political tension within the party's structures.

Party members mainly opposed to provincial chairperson Supra Mahumapelo have been leading fresh calls for the PEC to be disbanded.

It is understood that these calls came from, among others, the same ANC members who wanted Mahumapelo removed as North West premier earlier this year. He was forced to resign as premier in May.

Pressure is mounting on the ANC to disband its North West leadership following a visit of the party’s national working committee to the province on ...
News
3 years ago

On Sunday, disgruntled party members made the calls directly to President Cyril Ramaphosa at a heated meeting of the Bojanala region held at the Rustenburg Civic Centre. At the same meeting, party members booed Mahumpelo and sang songs appealing to Ramaphosa to act.

Magashule, who is seen as Mahumapelo's ally, said not everybody in the North West was calling for the disbandment of the party's leadership; others were keen to work together and move on. "We are here to refocus our structures, to say 'listen, come together, work together, let's move, this is the year of unity' ."

The ANC's top leaders visited its four regions in the North West to listen to branch leaders. Party insiders described the meetings as tense and said a number of members who attended the meetings called for the party leadership to disband the provincial structure.

The national working committee was still locked in a behind the closed-doors meeting with the provincial structure over the reports from the regions at the time of printing.

It is expected to make a recommendation to the party's national executive committee on whether or not to disband the province.

The ANC says most of its supporters have confidence in the party despite.
News
3 years ago
Next Article