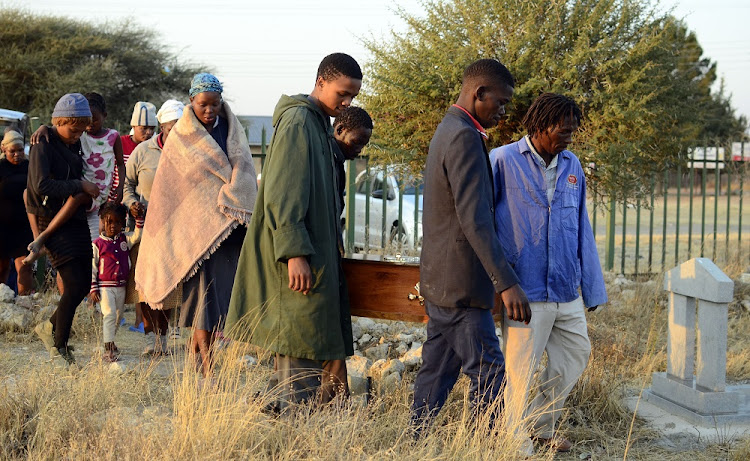 The death of a two-year-old girl who drowned in a drum used to brew sorghum beer has left her family with more questions than answers.

The body of Boitumelo Tshabalala from Motlhabeng village in Mahikeng, North West, was discovered by a five-year-old girl who was going to fetch water from the drum on Friday.

According to Boitumelo’s mother Meikie Tshabalala, she last saw her little girl around 9.30am on Friday when she left to go and play with other kids at her neighbour Belinda Khoba’s house, where she later drowned. Khoba sells sorghum beer.

Tshabalala said at around 11.45am she asked about the whereabouts of her daughter from the other kids after realising that it had been hours since she last saw her.

She said she was shocked when the children reluctantly told her that her daughter was inside the sorghum beer drum in the yard.

“At first I thought she was inside an empty drum playing. I was shocked to discover that she had drowned inside the drum, and it looked like she had been there for a long time.”

Tshabalala said she was angry with Khoba because when she heard that they were looking for the girl, she allegedly emptied the drum and tried to revive her.

The family of an eight-year-old girl who was raped and murdered, allegedly by a family friend, is haunted by the state of her body, which was found ...
News
3 years ago

“My daughter’s body was reeking of beer. Khoba said the drum only had dirty water but I want to know why she emptied the drum,” she said.

However, Khoba reiterated that the drum only had dirty water and not beer.

She said after hearing other children saying the girl had drowned inside the drum, she went to investigate and found her upside down in the drum.

“I found her body inside the drum. I am sure she fell inside because the drum was half empty and she could not get out.

“I tried reviving her but it was too late. Her head was facing down, with her legs up.”

Khoba said she was heartbroken because the girl died in her yard.

Mother haunted by image of daughter dying in packed bus

Child 'critical' but no life support gear in vehicle.
News
3 years ago

“Yes, I sell [sorghum] beer but the container only had dirty water. Yes, sorghum will always smell because there might have been chaff inside it, ” Khoba said.

Yesterday when Sowetan visited the scene, the blue 40l drum that Boitumelo’s body was retrieved from stood eerily next to a water tap.

“They (children) play here most of the time ... they draw dirty water from the same drum for their ‘cooking’ while playing,” Khoba added.

“She was an innocent angel and what happened was an accident, I had no intention of killing her.”

“We are investigating the matter and the charge might change from inquest to negligence, we are still gathering information,” she said.

Funani said the neighbour told the police that she was not aware that the girl was playing near the dirty drum.