Lawyers for former president Jacob Zuma say he wants to “make a meaningful participation” in the State Capture Inquiry – but needs time to decide what that participation will entail.

Advocate Muzi Sikhakhane told Deputy Chief Justice Raymond Zondo that Zuma wanted an opportunity to respond to the evidence given by former Government Communication and Information Systems (GCIS) CEO Themba Maseko‚ former ANC MP Vytjie Mentor and Deputy Director of GCIS Phumla Williams. But he would need time to decide how to frame that response.

“We want to make it clear that we do not want to delay this process‚” Sikhakhane said. “We have no intent to stall this process.”

But he stressed that Zuma had only received notices that he was implicated by Mentor and Maseko’s evidence on August 3.

“The issue that makes this difficult for us is that we have raised questions‚ a lot of questions…to obtain certain documents because we want to make a meaningful participation in this very important process.

“So what we’ve asked for are documents that we believe will make it easier for us to know what case we have to meet.”

He said Zuma’s team wanted time to be able to make a decision on whether to make a written statement to the commission. If Zuma provides such a statement‚ it will be the first time he has responded under oath to state capture allegations against him.

Should Zuma disagree with the evidence given‚ his lawyers will have to formally apply for the right to cross-examine the witness or witnesses whose evidence he disputes. He can be subpoenaed to give evidence‚ or may elect to do so voluntarily.

Mentor has claimed she was offered the public enterprise minister post by the Gupta family at their Saxonwold home in Johannesburg‚ with Zuma present in the house. The post was occupied by former ANC MP Barbara Hogan at the time.

Maseko claims he was pressured by the Gupta family to place government ads in their then newspaper‚ the New Age. He told 702 that Ajay told him: “I can see you are being difficult‚ I will talk to your superiors and you will be sorted out.”

“Ajay Gupta demanded me to put money in their companies‚” Maseko said.

Hellens has represented Jonas before‚ and is therefore conflicted.

Controversial Arms Deal advisor Fana Hlongwane‚ who Jonas says was present at the attempted bribe meeting‚ has indicated that he wants to give evidence at the State Capture Inquiry. While Duduzane Zuma has previously stated that he wanted to testify‚ his lawyer‚ Dawie Joubert‚ said he had not “received instructions” from him or Rajesh Gupta about their attitude to the inquiry process.

Duduzane is due back at the Randburg Magistrate’s Court on August 23‚ where he will appear on unrelated culpable homicide charges.

Former Public Enterprises Minister Lynne Brown and ex Zuma aide Lakela Kaunda have also briefed lawyers to address any state capture allegations that may be made against them. 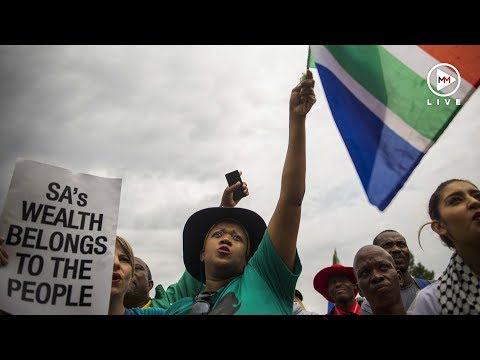