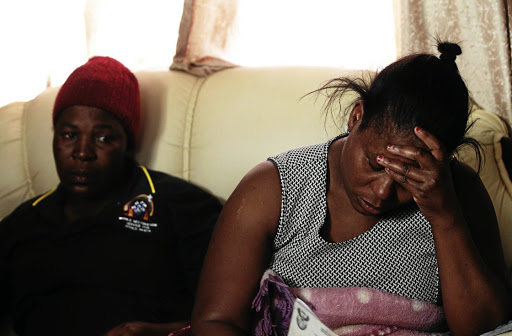 Evodia and Ellen Nukeri, the family of Vutlhari Sithole, who was raped and murdered in Lehae on Friday.
Image: SANDILE NDLOVU

The family of an eight-year-old girl who was raped and murdered, allegedly by a family friend, is haunted by the state of her body, which was found dumped in the veld.

Vutlhari Sithole disappeared on Friday evening in Lehae, south of Johannesburg, at a playground near her home.

A neighbour, who is also her grandfather's colleague, allegedly told her to follow him to his house where he promised to give her R10.

Vutlhari's grandfather Zwelakhe Nukeri said he was shattered when he saw the girl's lifeless body in the veld along the Golden Highway.

The discovery came after a 12-hour search on Saturday.

"I saw that she was bashed in the head several times. Her neck was bruised because the guy strangled her.

"She was in a small ditch on the other side of the Golden Highway," said Nukeri.

Vutlhari lived with her grandparents in Lehae, while her mother lives in Tzaneen, Limpopo.

Nukeri said he struggled to hold back the tears and the image of Vutlhari's lifeless body haunts him.

Survivor tells how she restored her dignity.
News
3 years ago 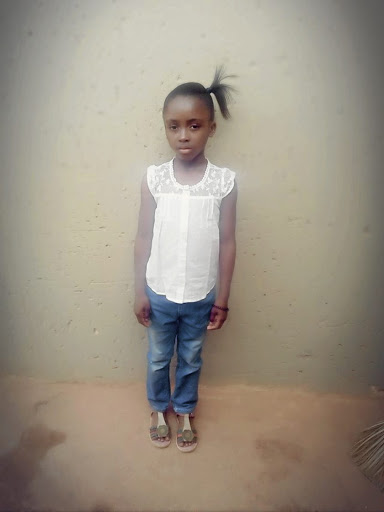 "Her pants were pulled down to her knees and you could see that she was fighting for her life because she also had bruises all over her body," said an emotional Nukeri.

He said Vutlhari disappeared after she told her grandmother that she was going to play at a park near their house.

Her grandmother, Evodia Nukeri, grew concerned when she noticed that she had not returned after dark.

"We started a search party and even went into the veld nearby and came across two children who said they saw the suspect pulling a dustbin to the dumping site," she said.

The grandmother said they looked in the dustbin, which was left at the site, but Vutlhari was not there.

"I saw the suspect moments after and I asked him if he saw Vutlhari but he didn't respond, instead he just walked away.

"I paid very little attention to his reaction. I was in a frantic state. We haven't seen him (the suspect) since Friday night."

"The guy's neighbour told us that she heard her screaming 'don't kill me' but failed to act because she did not want to involve herself in matters that did not concern her," she said.

An emotional Evodia said she did not understand why a family friend would be so cruel as to abduct, rape and murder their granddaughter.

"We know him (the suspect). He is a very quiet and sweet person," she said.

Evodia described her granddaughter as sweet.

"She loved school and she loved reading," she said.

'I was raped by other men, and I now have HIV' - Siyabonga Makhonxa

Siyabonga Makhonxa was 17 years old when he was raped by unknown men on his way home from a party.
News
3 years ago
Next Article