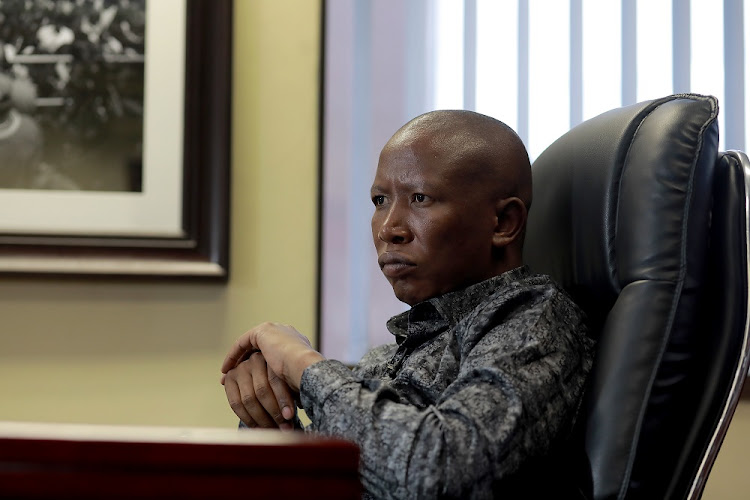 Former security company director Adriaan Snyman is not commenting on reports that police have confiscated 12 of his firearms.

Snyman was thrust into the spotlight after Malema allegedly fired what appeared to be an automatic rifle during the party’s fifth birthday bash at the Sisa Dukashe Stadium‚ outside East London.

Civil rights group AfriForum laid a complaint against Snyman as the owner of a private security firm that provides services to Malema‚ with the Private Security Industry Regulatory Authority (PSiRA).

“It is requested that Snyman’s actions are investigated regarding the alleged ownership of a suspected firearm and ammunition‚ as well as the fact that this firearm was given to Malema to fire‚” said AfriForum’s head of community safety‚ Ian Cameron.

The civil rights group said in a statement on Sunday that they had given police the names of witnesses who had seen Malema allegedly firing the “gun”.

“These include Dali Mpofu‚ a senior advocate involved with the EFF‚ and Mbuyiseni Ndlozi‚ spokesperson of the EFF. AfriForum hopes that the SAPS will get the witness statements of everyone possibly involved in this matter and that these persons will be called as witnesses.”

After a video of the alleged shooting incident at the rally went viral‚ Malema said the gun had in fact been a toy.

The Sunday Tribune reported at the weekend that the Hawks had raided Snyman’s business premises in Lighthouse Road and seized 12 firearms for ballistic tests.

Speaking to this publication on Monday‚ Snyman said that the truth would out. “The truth will be exposed… it always will‚” he said‚ responding to whether or not his offices had been raided.

He said he had no comment to offer on the matter‚ and abruptly ended the phone call.

Malema earlier explained the incident‚ saying: “It coincided with fireworks all the time in the celebration of the EFF. Unfortunately you are seeing it for the first time. There was no gun… I will not even discharge a firearm amongst our own members‚ because I know how dangerous it is. There was no live ammunition at all‚” he said.

National Police spokesperson Brigadier Vishnu Naidoo previously told this publication:  “The matter is still under investigation and we will not be giving a blow-by-blow account of the investigation.”

NOTE: In a previous version of this article we incorrectly described Snyman as the current owner of Tactical Security Solutions. The company was in fact Tactical Security Services and he resigned as a director thereof in 2011. His lawyers have denied that any property belonging to Snyman was confiscated. The allegation was put to Snyman‚ who chose not to respond.

Shivambu will appear in the Winburg Magistrate’s Court in the Free State on Friday for allegedly speeding.
News
3 years ago
Next Article