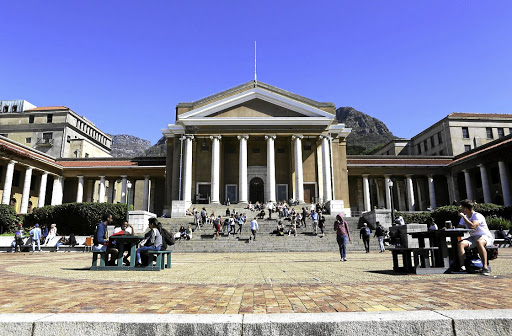 A University of Cape Town (UCT) lecturer who allegedly posted "deeply disturbing" comments on Facebook about wanting to rape and kill due to depression is now on a compulsory leave of absence on "medical grounds".

In a lengthy rant attacking the #MenAreTrash movement, posts uploaded on the lecturer's Facebook account advised women who supported the movement to "close their legs and open their ears" and "listen when a real man talks".

Phakeng said the lecturer was removed from teaching before the message was posted. He was a chemical engineering lecturer.

The lecturer frequently posted on Facebook about the topic, along with posts about his own mental health and battle with depression.

UCT lecturer has been suspended after he allegedly posted on social media his thoughts about raping and killing his two-year-old daughter.
News
3 years ago

"When I was depressed, I had thoughts of raping my 2 yr old daughter. I wanted to kill her. I saw nothing in her. There was no love," the post read.

When asked for comment, the lecturer said: "I can't engage on this."

Phakeng said UCT decided not to suspend the lecturer after a pre-suspension meeting on Wednesday afternoon.

"The staff member involved had the right to attend the meeting with a union member or an employee representative ... This meeting was concluded and the staff member, according to due process, made his representation on why he should not be suspended," said a statement by Phakeng.

"Following the pre-suspension meeting and the representations made, we considered all the information that was presented. We took the decision to proceed with the preliminary investigation into the entire matter with urgency.

"We further determined that the necessary interventions will be made available to support him. I want to assure staff, students and parents that we are urgently acting on this matter because we recognise its importance.

"We continuously strive for, and remain committed to, creating and maintaining a climate on campus that is aligned with the values of UCT, which includes upholding the dignity of all people."

Dlamini took to Facebook on Tuesday to say that Arthur Mabintsela was depressed.
News
3 years ago

Phakeng also offered support to "anyone who may need it".

Mayosi was considered one of the top minds in the field of medical research, especially with regards to his work in finding a gene associated with higher risk of heart attacks. He suffered from crippling depression over the past two years since becoming dean in 2016.

The suspended lecturer is also the former president of the Khayelitsha Engineering Society, a position he held until as recently as June.

His "CV", posted on the society's Facebook page, stated that hea was busy with his PhD.

But in an annexure to this he wrote: "Allow me to add here: a dyslexic, can't count, son of a woman who sells chicken feet, who suffers from depression.

"Then all my qualifications are complete. Just to show I am not perfect. But I do try ... and this is what the black child has to do all the time."

The society has distanced itself from the lecturer and his statements.