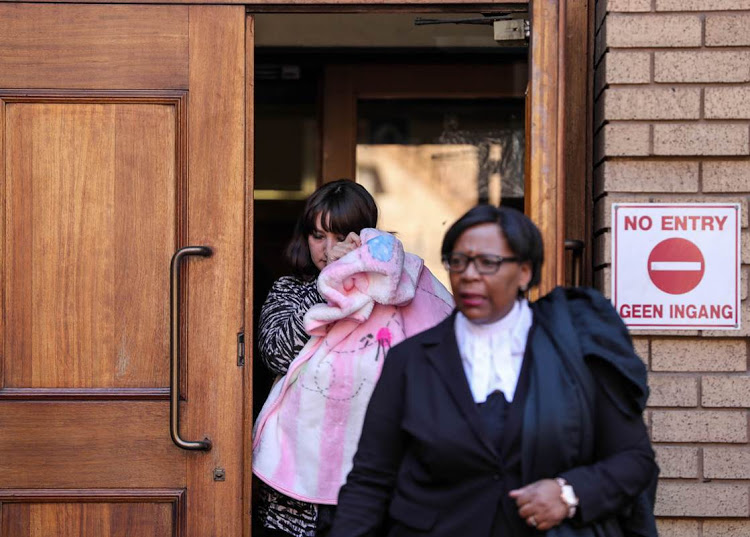 The murder case of the woman who is accused of shooting her adoptive-father-turned-husband was on Thursday postponed to next week in the Pretoria High Court.

Murder accused Cathy van Oudtshoorn‚ who is on trial for the murder of Chris van Oudtshoorn‚ is awaiting admission to the Weskoppies Psychiatric Hospital for evaluation.

She has asked for permission to take her newborn baby with her.

The 31-year-old admitted in the Pretoria High Court a few weeks ago that she had shot her husband in their Brakpan home in 2016. She told the court that she had pulled the trigger after experiencing two decades of sexual abuse. She claimed that she suffered non-pathological criminal incapacity when she shot him.

She told a harrowing tale of sexual abuse and torture by Chris‚ which allegedly began when she was legally adopted by the family at the age of nine.

The case was postponed to August 21.

I shot him‚ but his sexual abuse made me do it

The Brakpan woman standing trial for the murder of her husband told the Pretoria High Court that she was tired of constant sexual harassment.
News
2 years ago

Murder accused Cathy van Oudtshoorn was referred to the Weskoppies psychiatric hospital for evaluation on Tuesday.
News
2 years ago
Next Article