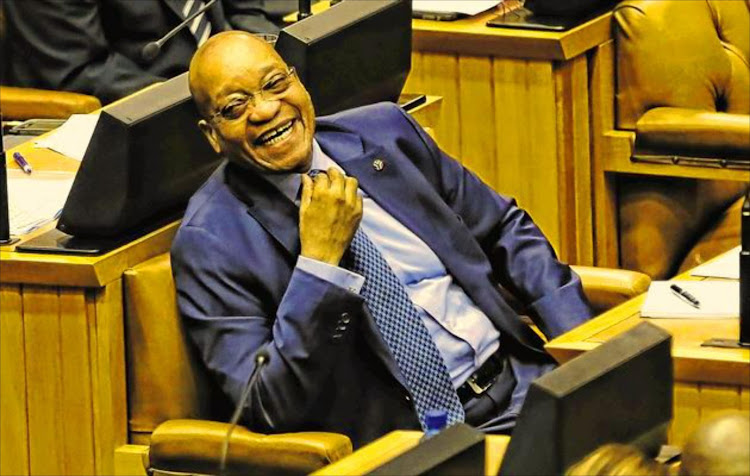 “We’re just regular South Africans.” These were the words of two men who were introduced on Wednesday as the key whistleblowers in the Gupta Leaks affair.

The pair said they had fled the country and were still away and in fear of their lives — but they would do it again.

With their appearances and voices heavily disguised‚ the whistleblowers appeared on a pre-recorded video shown to the audience at The Gathering — Media Edition‚ hosted by the Daily Maverick‚ at Cape Town International Convention Centre.

The men‚ referred to as Stan and John‚ were interviewed by Stefaans Brümmer of the amaBhungane Centre for Investigative Journalism‚ which was in the forefront of reporting the contents of leaked e-mails outlining the role played by the Gupta family in state capture.

The men said they were in possession of the leaked e-mails for a lengthy period before deciding to release them to journalists. During that period‚ they were motivated by then-president Jacob Zuma to release them.

Stan told Brümmer that watching Zuma chortling in parliament — he imitated Zuma’s characteristic “he-he-he” laugh — was particularly salutary. “I thought to myself‚ ‘people must see what is behind this laughter’‚” he said.

The men fled the country with their families when the e-mails emerged. “Yes‚ people like the Guptas doing harm to us has been foremost in our thinking‚” said Stan. “We were very scared.

“Leaving home was quite quick‚ we had to get away. You kind of think‚ ‘why on earth did I do this?’ But you know why you did it.”

John added: “Your life‚ your thoughts‚ are where you used to be. Not having a home is quite an experience — and it’s been quite some time that I haven’t had a home.”

The men insisted they had obtained the leaked Gupta e-mails legally. “We were assured that the information was not only properly obtained ... but it was in the public interest‚” said Stan.

“Our decision wasn’t done with any political agenda. It was a matter of right and wrong. I don’t think I could have imagined what would happen. Certainly the fall of a president was not something we thought of.”

Would they do it again? “Only if I met the right people who will assist you‚” said John.

Stan added: “To be honest‚ there have been times when I’ve said I would never do it again. Then you remind yourself of why you started this process. When you use the logic of why you did it‚ it prevails over any regrets you might have.”