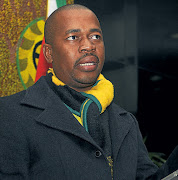 Ekurhuleni Mayor Mzwandile Masina on Wednesday warned that the “Ekurhuleni Black Business Suppliers Roadshow” was a money making scheme aimed at conning unsuspecting entrepreneurs in the name of the city.

The event‚ allegedly sponsored by Ekurhuleni‚ was advertised in a widely shared poster on social media. Entrepreneurs were asked to fork out R500 to reserve a spot.

“Mayor Masina condemns this in the strongest possible terms. Entrepreneurship is highly encouraged and supported by the city and any organisation which seeks to exploit aspirant entrepreneurs will be exposed‚” Gugu Ndima from the mayor's office said in a statement

Ndima said entrepreneurship initiatives were done at no cost to the public and that an investigation was under way to trace the organisers.

“The city is fully committed to transparency on any information related to business and procurement; such information is free and available to the public.

"An investigation is under way to trace the organisers and if there is any official in Ekurhuleni who has consented to the usage of the City’s brand‚" Ndima added. - TimesLIVE