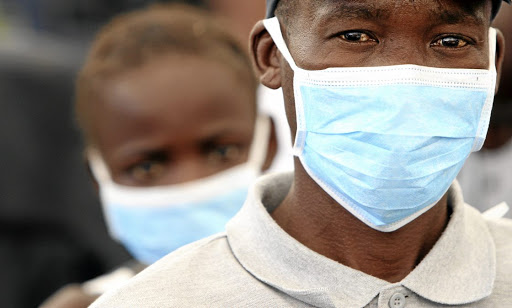 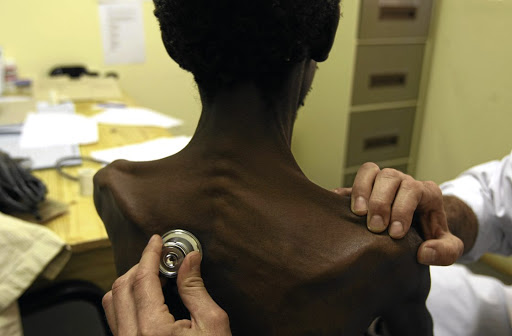 More than 130000 tuberculosis (TB) patients are unaccounted for in South Africa, risking their own lives and infecting multiple other people around them.

This was according to the South African National TB Association (Santa), a non-
governmental organisation (NGO) which started the gruelling mission of tracing down thousands of missing TB patients three months ago.

The extremely serious infectious disease that affects someone's lungs and other parts of their body, continues to be one of the leading killers in SA with over 400000 reported cases.

Yesterday, Santa national capacity building officer Dumisani Adoons said at the beginning of the year there were 137000 patients in the country who were classified as missing. About 2000 were traced within the past three months.

Adoons said finding patients and putting them back on treatment was crucial as they risked infecting other people in close contact with them, including relatives, friends and colleagues.

"One person can infect up to 15 people. This gives you an idea why it is important for us to find them," he said.

He said there were different categories of missing patients including those who default on treatment after two or three months. Others were people diagnosed with the disease but never took treatment while a few had relocated.

He said some of the people traced reported that they stopped taking treatment because of the stigma attached to the disease, or thinking that they have been cured after taking medication for less than the prescribed six-month period.

Adoons said of the 2000 people who were found this year, about five had contracted the drug resistant TB strand which is more dangerous and expensive to treat - the MDR.

Obert Dzikamayi, a TB councillor who manages the patient searches around Alexandra township, said some patients refused treatment even after being found by counsellors.

Dzikamayi said some people complained about the side effects associated with TB medication like headaches, vomiting and weight gain.

"We have to try and explain to them why it is important for them to get back on treatment," he said.

The councillors work closely with local clinics where they retrieve information that could assist in their search. Part of the process involves counselling members of the patient's family and screening them for TB, HIV and STIs.

But Dzikamayi said sometimes people give the wrong addresses, which creates a challenge. "When you get to that address you find out that there is no person like that.

"You end up not finding that person. You don't know whether that person is dead or alive."

Dzikamayi said patients who default on their treatment at first seem healthy, however, they eventually start having symptoms such as severe coughing.

"That patient is very dangerous. If they are mingling with people in crowded beer halls and taverns while coughing people will get infected. That is our worry," he said.

Dzikamayi said some patients blatantly refused to visit the clinic despite being critically ill. He said a pensioner who was found lying in bed inside a shack refused to be treated and died three weeks later.

"The old man was sick. I could see for myself. He was very thin," he said.

Dzikamayi said he tried to explain to the pensioner why he must take medication but instead the man's relatives chased him out.

Health department could not be reached for comment at the time of going to press.