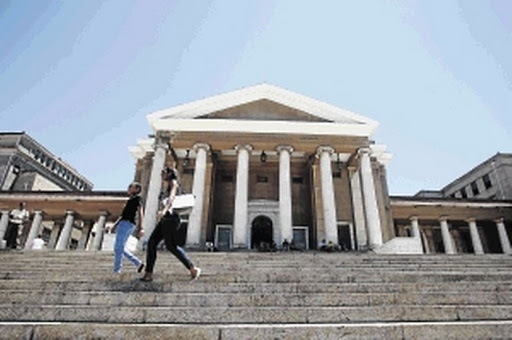 The University of Cape Town insisted on Wednesday that it has taken “urgent and immediate steps” to suspend a lecturer over comments he made on social media.

Chemical engineering lecturer Arthur Mabentsela said on Facebook that the #MenAreTrash movement was “bullsh*t” and that women simply could not attract quality men.

He also admitted to being depressed and said at one stage wanted to rape and kill a family member. “When I was depressed… I wanted to kill her‚” he wrote.

Mabentsela refused to comment on the issue when contacted by SowetanLIVE‚ but on Facebook he accused the university of lying about its action against him.

Kruger said on Wednesday: “UCT confirms that‚ despite claims to the contrary‚ the staff member has been informed of the formal process to suspend him.

“The lecturer is not teaching any students at present. UCT distances itself from the post and subsequent comments made by the staff member.”

“The black academic is suffering and suffocating under severe depression‚” he wrote on Facebook.

Dlamini‚ who later deleted his post‚ also accused the institution of racism. “The f***ed up stinking racist institution [UCT] that seeks to destroy anything that is black is dragging and humiliating Mabentsela all over the media‚ instead of assisting him [to] deal with depression‚” said Dlamini.