Former Muslim Judicial Council president Moulana Ihsaan Hendricks has died at the age of 53‚ the MJC announced early on Saturday.

His successor as MJC president‚ Shaykh Irafaan Abrahams‚ said Hendricks was “a visionary with outstanding leadership abilities‚ oratory skills and a passion and willingness to serve the community”.

Hendricks was born in the Western Cape town of Worcester and became assistant imam at the local mosque aged 25‚ after studying at darul ulooms (Islamic seminaries) in Newcastle‚ KwaZulu-Natal‚ and Lucknow‚ India.

He went on to be imam at the Wellington Mosque‚ principal and president of the Islamic Education Council of the Boland‚ a lecturer in Quranic studies at the Islamic College of South Africa‚ imam at the Nurul Hudaa Masjied in Belhar and a lecturer and assistant principal at the MJC’s Darul Arqam Islamic Institute. 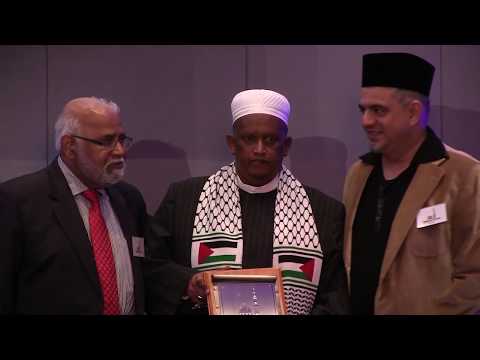 An MJC statement said: “Moulana’s ability as a task leader helped greatly in the advancement of projects and the establishment of departments like the Department of Quranic Affairs and the Al-Quds Foundation.

“He accepted responsibilities placed upon him as leader and was able to interact with anyone on any hierarchical level‚ be it with royalty‚ politicians or international ulama [scholars]. He was a dedicated Islamic worker.”

The statement said Hendricks was one of the founders of Muslim radio station Voice of the Cape‚ and founded Nurul Hudaa Early Learning Centre‚ Belhar Islamic Primary School‚ the Sharkireen Educare Centre in Wellington and the Al-Quds Foundation office in South Africa‚ which works to safeguard the Arab identity of Jerusalem.

In 2002‚ he was appointed as the head of the expanded MJC Halaal Trust Board‚ a position he occupied until his death.

“Moulana Ihsaan was most vociferous on the issue of Palestine. He believed that the welfare of Palestine is integral to the aqeedah [belief] of Muslims and therefore cannot be compromised‚” said the MJC.

“We have lost a leader whose contribution will forever be recognised as part of our history. May we forever draw inspiration from his steadfast commitment to the principles of equality and justice to which he dedicated his life‚” he said.

Hendricks’ body will leave his home in Oasis Road‚ Hazendal‚ at 4.15pm on Saturday for Masjidus Salaam in St Athans Road‚ Athlone‚ then Johnson Road Cemetery.