Eskom investigating cause of fire at Kusile power station 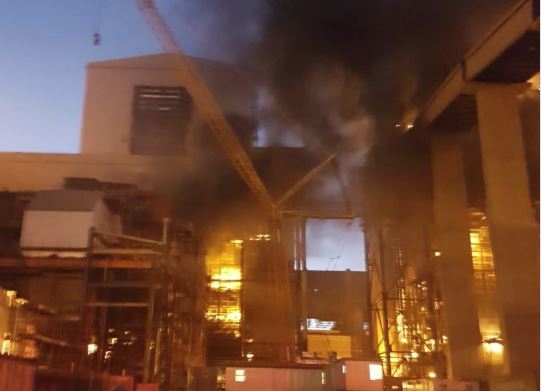 Eskom has confirmed that a fire broke out at the Kusile power station on Friday night but said it had been immediately extinguished by the station’s fire team.

No injuries were reported

However‚ Eskom said the incident was being investigated .A statement issued by the power utility did not say if foul play was suspected or if the fire was caused by a technical fault.

Last month unions fought with Eskom - which is bankrupt- over their proposed decision to propose no wage increases‚ and some disgruntled workers damaged power stations.

The unions and Eskom have agreed on a wage increase but are now deadlocked over Eskom wishing to charge workers for sabotage of power stations and for striking.

Eskom employees are prohibited from striking as their work is considered an essential service.

Business Day reported that sources taking part in the negotiations said that unions were ready to sign the wage deal that guarantees workers wage increases of 7.5% in 2018 and 7% for 2019 and 2020‚ with a once-off cash payment of R10‚000. According to recently posted financial results‚ Eskom’s sales fell as it recorded a loss of R2.3bn for the year.