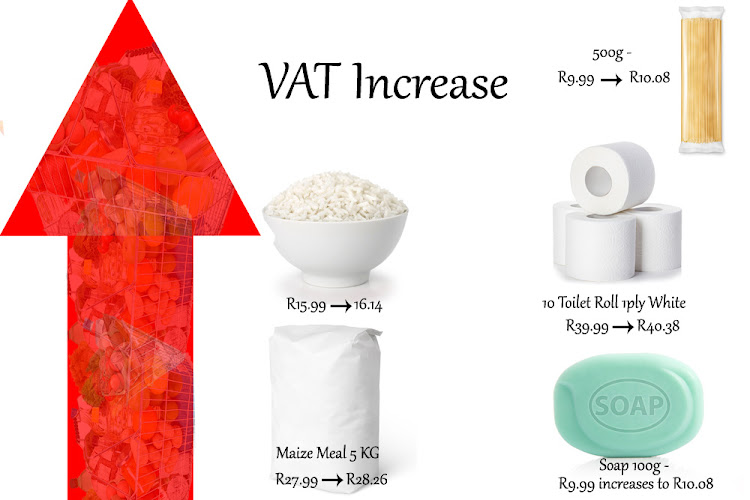 Items that will be exempt from the vat increase include sanitary products and nappies.
Image: FILE

Nappies‚ sanitary products and school uniforms should be zero-rated for VAT‚ an independent panel has recommended.

It also says white bread‚ and flour used to make bread and cakes‚ should be zero-rated‚ and says the government should expedite the provision of free sanitary products to the poor.

Finance Minister Nhlanhla Nene appointed the panel after the VAT rate was increased from 14% to 15% in the February budget. His move followed concerns about the impact of a higher tax on poor and low-income households.

It was estimated that the increase in VAT would raise the tax burden on the poorest 50% of households by around R1.8bn‚ or an average of R216 per household per year.

The nine-member group‚ chaired by Professor Ingrid Woolard — dean of Stellenbosch University’s faculty of economic and management sciences — submitted its report to Nene on Monday‚ and it was published on Friday.

It recommends that the zero-rating of school uniforms be done only if they can be separated from general clothing.

It says the National Treasury needs to do further work “to ensure that the benefits of zero-rating accrue to consumers and are not captured by producers”.

Deadline for VAT panel report extended by another week

The report also highlights some programmes which would assist poorer households‚ such as strengthening the school nutrition programme and increasing the child support grant and old-age pension.

The panel’s recommendations will be open for public comment until August 31.

“Some of the changes may still be included in the draft tax legislation that is currently being processed by parliament’s standing committee on finance.”

The panel said it assessed its proposals in terms of five main outcomes.

- The overall tax system must remain as progressive as possible;

- The extent to which VAT could become more progressive;

- Zero rating should incentivise merit goods and address special needs for women‚ older people‚ those living with disabilities and children if possible;

- The cost of zero rating to the fiscus should not be excessively high; and

- The benefits of zero rating should not be absorbed by producers or retailers.

It said it omitted baby food from its final list based on public health recommendations and was unable to reach consensus on zero-rating individually quick frozen poultry parts.