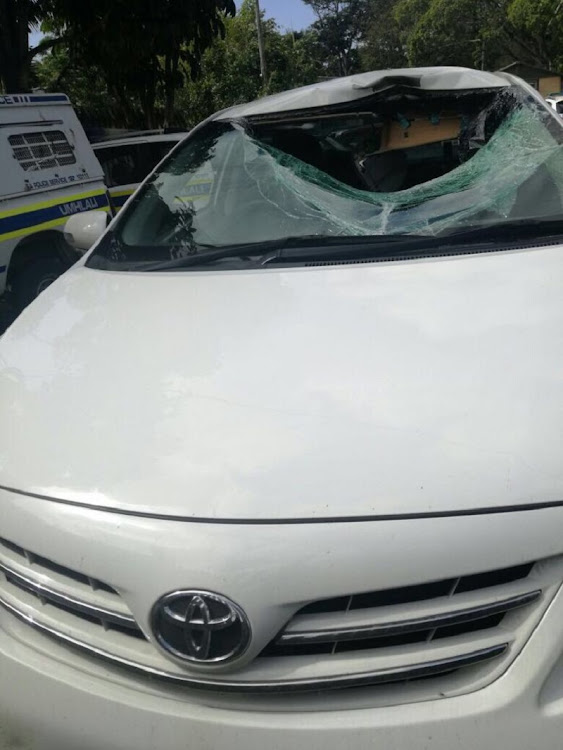 Three men accused of throwing a rock off a bridge in Tongaat‚ north of Durban‚ in December‚ killing two people‚ have been arrested for murder.

KwaZulu-Natal police said on Wednesday evening that the three – aged between 20 and 46 years - will appear in court on Friday.

They did not immediately respond to questions on when or where the arrests took place.

“It is alleged that on the night of December 27 2017‚ the victims were travelling on the N2 freeway when a big boulder was thrown onto their vehicle from the Tongaat bridge. Two people died and the other victim sustained injuries‚” SAPS said.

In the incident‚ Amina Haffejee and her brother‚ seven-year-old Abdur Raheem‚ were in a car travelling from Umhlanga to Stanger when the rock tore into their car.

The rock ripped through the windshield and hit Haffejee - the force of impact causing her front passenger seat to fly back and hit her brother who was a passenger at the back.

Haffejee’s distraught husband then drove with their bodies to the nearest hospital he could find.

“A case of murder was opened at Tongaat police station and was assigned to provincial detectives for investigation. Extensive police investigation led to the arrest of three suspects‚” SAPS said.

A reward of R250 000 was offered early in January for information leading to the arrest of those responsible for the bridge boulder attack.

In the same month‚ police questioned six teenagers during their investigation into a spate of rock-throwing attacks. The boys were released without charge as there was insufficient evidence to link them to open criminal cases.

Nkosinathi Mthalane‚ who pleaded guilty to seven counts of attempted murder this week.
News
3 years ago

The moment Khadeeja Gani heard a loud bang on the roof of her car as she was driving on the N1 highway over the weekend‚ she knew she was in danger.
News
4 years ago
Next Article