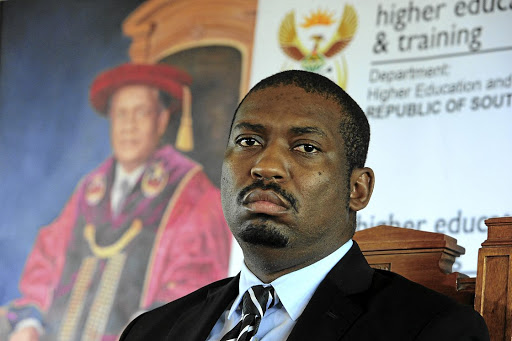 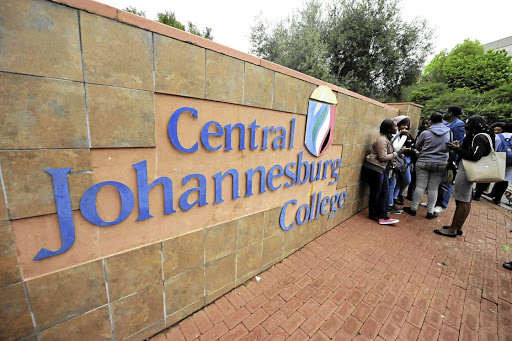 Higher education and training deputy minister Buti Manamela wants to change the perception that Technical and Vocational Education and Training (TVET) colleges are for stupid people.

This is because TVET colleges are seen as inferior compared to universities by many.

Manamela, who studied electronics engineering at Tshwane North College, formerly Mamelodi College, after completing his matric in 1997, says the department has embarked on a massive campaign to encourage youngsters to register at TVET colleges, previously known as further education and training colleges.

However, TVET colleges are underfunded and many of them have leadership and infrastructure problems and the department has set up a task team to address some of the challenges facing them.

Manamela has invited former TVET college students who are doing well in their careers to accompany him when he visits TVET colleges.

"I go with an artisan to motivate them. TVET colleges are not for stupid people," Manamela insists on a Friday morning as we sit outside at a restaurant in a shopping mall in Bedfordview, east of Johannesburg.

The 39-year-old deputy minister, who is wearing running shorts, says he has just finished jogging.

"I have just run 6kms," he says as he drinks lemon water.

He joined thousands of enthusiastic international and local runners at this year's Comrades Marathon in KwaZulu-Natal, which he finished for the first time. Talking about that experience, Manamela says it was a good feeling.

"There is no greater feeling compared to being a Comrades Marathon finisher. I'm not sure I will do it again, but the journey was a great lesson in many regards. I run for girls, so for every kilometre in every official race I have participated in, we raise 1000 sanitary pads and school shoes together with some people in the private sector," he says.

He also tells me that he believes in the power of fasting as it is good for one's health.

Manamela has moved out of his official residence in Waterkloof, Pretoria, because he wants to have his own property.

I ask him why the department has declared August TVET Month?

"At that time when I was studying at the TVET college there were a lot of challenges, which I still identify with now. But, of course, there are certain improvements," he says.

The department is using TVET Month as a platform to encourage young people to consider college programmes. It has embarked on programmes such as Khetha that it uses to expose colleges to young people.

SA has 50 TVET colleges, with close to 200 campuses, as opposed to 26 universities.

Manamela was the Young Communist League national secretary when the league started the campaign for free sanitary towels.

"I still continue to insist that government should provide free sanitary towels to those in need," he says.

According to Manamela, the government made a mistake by shutting down teacher training colleges.

"We should not have closed them, closing them was a mistake" Manamela says.

The government shut down training colleges between 1996 and 2000 and merged them with other institutions.

Former higher education and training minister Blade Nzimande announced plans to reintroduce teacher training colleges in 2013 but nothing has happened.

Manamela reveals that the department is constructing new TVET colleges in Thabazimbi in Limpopo and Nkandla in KwaZulu-Natal.

He says TVET colleges are important and could play a vital role in transforming the skills shortage in the country.

Asked if he still enjoys his drink, Manamela confidently says: "I still drink."

Manamela, who has a master's degree in policy and development management, says his political career began in his home town of Phagameng in Limpopo.

"I studied further because my work requires me to have some understanding of policy development and implementation process, therefore the Wits master's [degree] was crucial in this regard."

He was re-elected as an ANC MP after the general elections in 2014 and subsequently appointed by Zuma as deputy minister in the presidency for national planning, performance, monitoring and evaluation.

Manamela is married to Vuyo Mhlakaza and they have two children.

His wife was recently elected onto the ANC Gauteng executive committee and was previously a board member at the SABC.