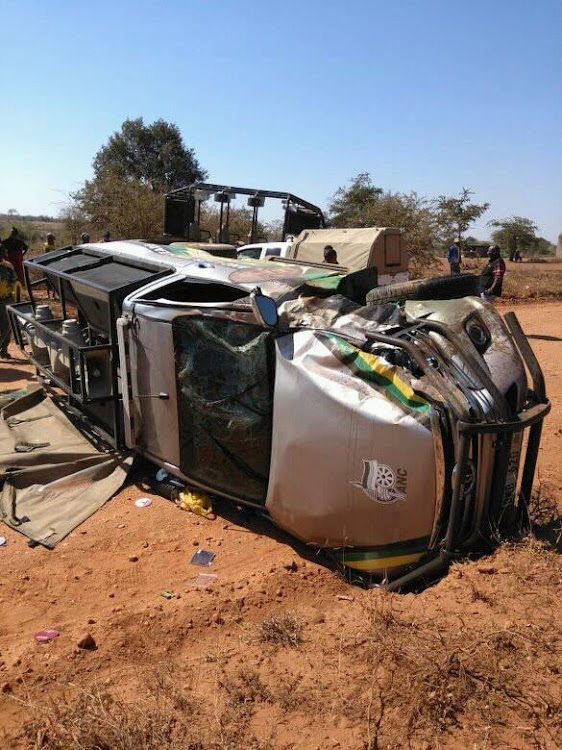 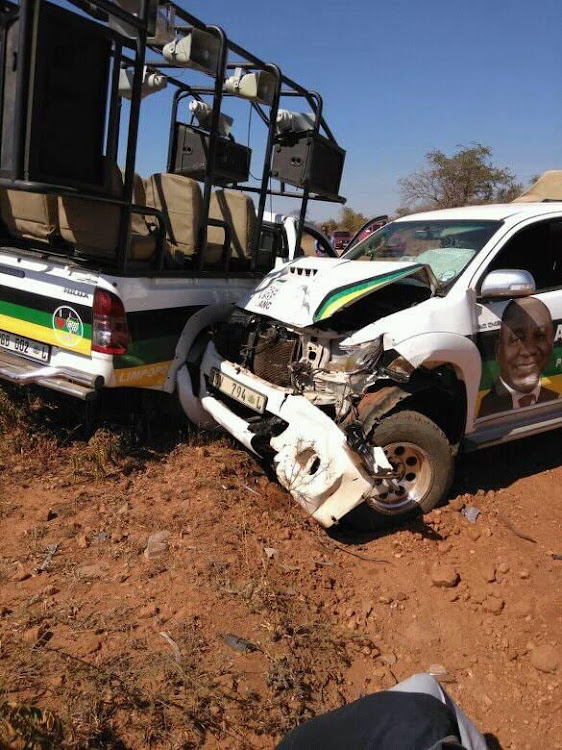 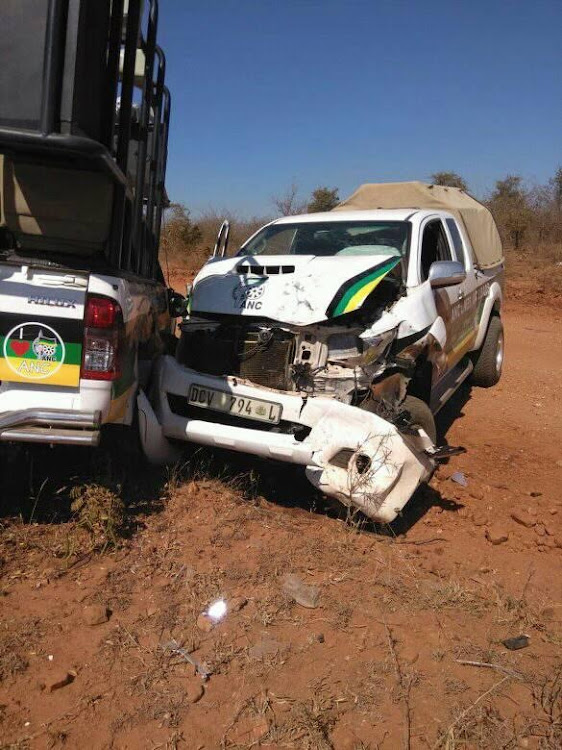 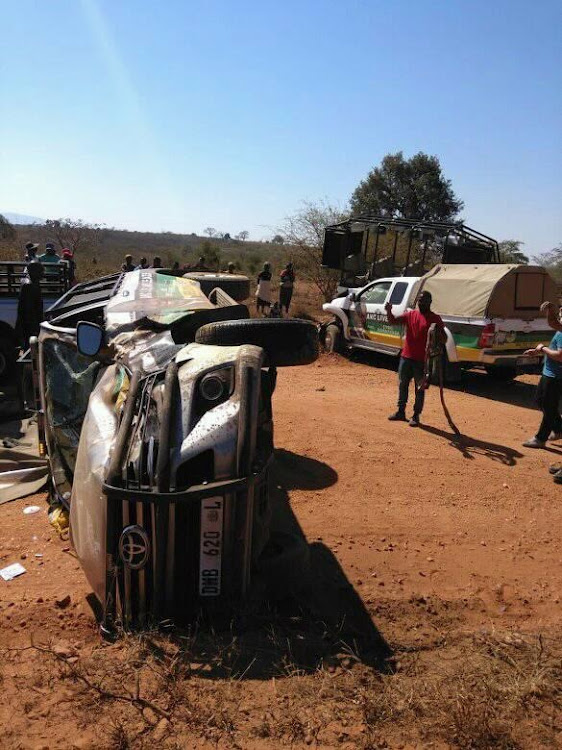 Staunch ANC supporter and prominent musician Stephen Sefofa has categorically denied that he intentionally smashed his cars which were due to be repossessed by the bank.

This follows an incident on Wednesday in which three of his bakkies, branded in ANC colours, were involved in an accident.

It was rumoured that Sefofa had deliberately smashed the cars as he was angry that the bank was going to repossess them.

“It is not true that I had smashed the cars,” said Sefofa, popularly known in music circles as Malo-a-Botsheba.

“I can confirm that three of my cars were involved in an accident at GaRamaroka village in Bolobedu and I was not even there when the accident happened,” he said.

Sefofa said the cars had been hired to go and mobilise support for the #TotalShutdown anti-women abuse march in Polokwane when his drivers collided with each other while on the way.

“Apparently, the drivers were obstructed by dust caused by an oncoming truck on the gravel road. And I don't blame any of them. An accident is an accident,” he added.

He further warned people not to engage in matters that did not concern them.

“People must concentrate on their own issues,” Sefofa said.

He said police arrived at the scene of the accident and did not even speak to him as he was not driving any of those cars.

Asked about allegations that he owed a bank, Sefofa said everything was under control but that he was not at liberty to discuss the matter.

“I do not want to discuss my private business with anyone. However, it is untrue that the accident was caused due to the fact that I owe the bank for the cars,” he said.

Sefofa said all drivers were treated at a local hospital for minor injuries and discharged later. “I'm happy that no one died at the accident,” he said.

Police spokesman Colonel Moatshe Ngoepe confirmed that they were investigating a case of reckless “and/or negligent driving” following the accident that happened at around midday at GaRamaroka village.

“Our investigations are still ongoing into the matter,” Ngoepe said.