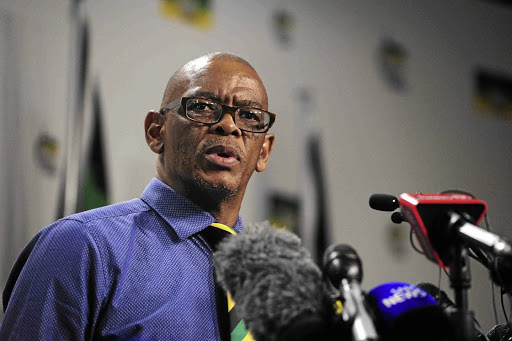 The government has to consider switching funds from other departments to support the stimulus package which is aimed at economically empowering women and youth.

The stimulus package announced by President Cyril Ramaphosa following the ANC national executive committee lekgotla envisages increased investment in infrastructure, increased support for entrepreneurship and employment opportunities for youth and women, training for unemployed young South Africans with the skills necessary to compete in a rapidly changing economy and ensure that procurement focuses on localisation.

The National Treasury is expected to outline the model of funding the stimulus package but individual departments will run the programme.

The chairman of the ANC's subcommittee on economic transformation Enoch Godongwana told Sowetan on the sidelines of the party's media briefing on the outcomes of its lekgotla at Luthuli House in Johannesburg yesterday, that there was a need to switch funds from government departments.

"Currently what we need to do is to review the budget and do what is called expenditure switching. In other words, we are going to identify expenditures which are not necessarily critical and switch funds from those expenditures into [a] stimulus package," he said.

For instance, Godongwana said, to develop skills there was a need to take money from the skills fund and leverage the private sector in order to train young people.

On Tuesday, the results of the Quarterly Labour Force Survey for the second quarter of 2018 released by Statistics SA indicated that the increase in the unemployment rate is a result of the decline of 90 000 in the number of people in employment.

About 102 000 more people became unemployed between the first and second quarters of 2018.

Godongwana said a stimulus package formed part of responding to the issue of jobs.

"Among other things we have suggested, without undermining fiscal consolidation, clearly we have got to re-look at the expenditure composition of that budget and redirect a number of that towards the areas identified for the stimulus package."

The ANC government will not nationalise land.
News
3 years ago

"We recognise the efforts that have been made by government with respect to internship programmes. But, we believe we need far more carefully designed programmes."

Meanwhile, Pandor said there was no shambles or crisis at the National Student Financial Aid Scheme (NSFAS).

"However, there are matters of administration of bursaries to applicants that must be concluded for the year 2018 and the academic year 2017.

"We have been working with the student financial aid scheme; we got allowances out and tuition has been paid but there are a number of areas which I am not satisfied [with].

"It is for that reason I said hold off for a while with respect to opening up applications for 2019," Pandor said.