When a 30-year-old woman marches to the Supreme Court of Appeal (SCA) today, she will be thinking of the two women in her life who were sexually violated and never got justice.

The woman, who asked not to be named to protect her sister's identity, will be among 100000 women from across SA expected to march against gender-based violence.

Under the banner of #TheTotalShutdown, the initiative is a call to all women to refrain from economic activity to send out one clear message, "My Body - Not a Crime Scene".

Yesterday, the woman said she was marching in support of her 25-year-old sister and a colleague who were both raped. Their attackers were never arrested. "I will be marching for them. But this also includes me because I fear for my safety. I fear the men in my community."

The woman said her sister was drugged and raped while attending a music festival with friends about two years ago.

Her colleague was raped by a co-worker but never reported the incident because she was afraid no one would believe her.

Participants are expected at three central points: parliament in Cape Town, the Union Buildings in Pretoria and the SCA in Bloemfontein, as well as other cities and towns nationwide. There will also be marches in Windhoek, Namibia, and Maseru in Lesotho.

Tshepo Mokoena, whose niece Karabo Mokoena died tragically at the hands of her boyfriend, said although men would not be marching, he was in support of the initiative. "Personally, I think women are tired. You see the rising femicide statistics and stories about women being killed every day." 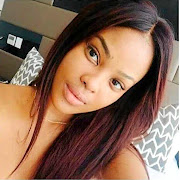 Sandile Mantsoe, who burnt Karabo's body after murdering her, was sentenced to 32 years in jail in May.

SA Medical Research Council research in 2017 showed where the killer was known, 51% of murders were perpetrated by intimate partners.

Mokoena said he hoped tomorrow's march would shake things up and get authorities to do something. "Women can keep screaming and screaming but we need to deal with men because they are the perpetrators."

Western Cape spokeswoman for the movement Tandi Rouse said they were expecting a good turnout after months of campaigning.

"It is really heartbreaking. Women have had enough."