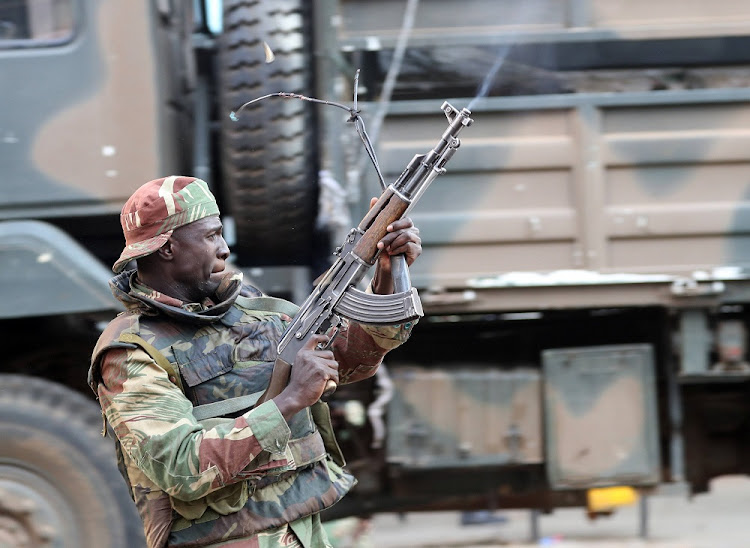 MDC Alliance chairman Morgan Komichi said the violence that broke out in the capital of Harare on Wednesday afternoon was just Zimbabweans “expressing themselves”.

According to news agency AFP‚ one man is believed to have died after police and army fired at the protesters in Harare. Shops and businesses closed earlier in the city centre‚ and fires were lit in the city’s streets.

Komichi told SowetanLIVE during a telephonic interview that it was unfair to say that only MDC Alliance supporters were the cause of the demonstrations.

“It’s not only MDC Alliance supporters‚ but Zimbabweans expressing themselves over how they feel about the election. They want an election that is free and fair and has a credible outcome‚” said Komichi.

Tensions have been building up in the country in the 48 hours after voting day. The results announced so far indicated that Zanu PF had clinched a two-thirds majority in Parliament.

It is a win powered largely by the rural vote‚ which has traditionally been its stronghold. About 68% of the 14-million population lives in the rural areas.

The MDC Alliance disputes the victory‚ claiming it had seen swathes of attendance by the rural population at the 82 rallies held by Chamisa over the last weeks during campaigning.

Chaos breaks out in Harare as post-vote tensions escalate

Police fired teargas at MDC Alliance supporters on Wednesday as tensions escalated in the capital‚ Harare.
News
2 years ago

Presidential results that were expected to be announced after noon on Wednesday had not take place. Hundreds of demonstrators thronged the national results command centre‚ demanding to be allowed entry into the Rainbow Towers Hotel.

Get the news and much more in your inbox

Asked if the MDC Alliance condoned the barricading of streets by its supporters‚ in order to have their grievances heard‚ Komichi refused to judge their actions.

Earlier in the day‚ the SADC observer mission said that aggrieved parties with the electoral process had to take these to the courts of law and not use violence.

“I cannot judge them‚ they should have their reasons for using and turning to violence‚” Komichi said.

“Probably they know from past experience that they have tried to find recourse and it did not work before.”

The MDC Alliance has previously said it would refuse to accept results that did not confirm Chamisa as winner of the presidential contest.