The Teflon Donkie‚ Jerome Booysen‚ survives another attempt on his life 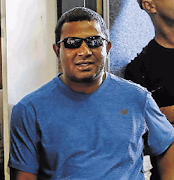 According to sources‚ Booysen was shot in the arm as he left a Cape Town restaurant. However‚ he was able to return fire and shot his apparent hitman in the head‚ killing him.

The dead man’s firearm was recovered at the scene.