Vicki Momberg to apply for bail 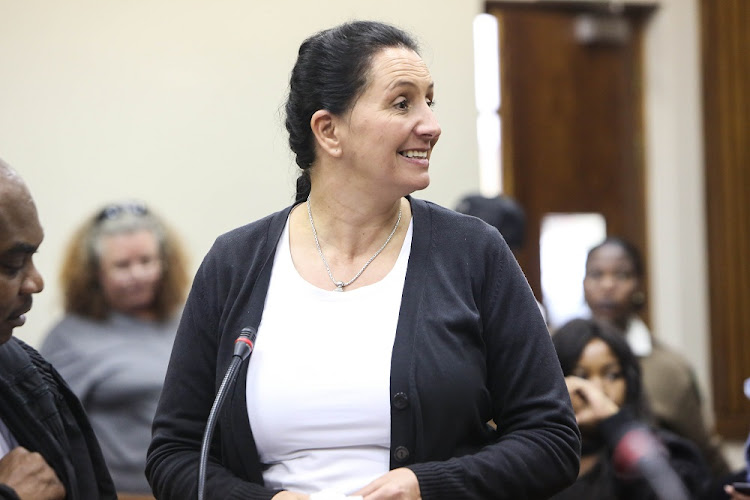 Vicki Momberg during one of her appearances at the Randburg Magistrates court in Johannesburg.
Image: Alaister Russell/The Sunday Times

Convicted racist Vicki Momberg may be released on bail before the end of the week.

The National Prosecuting Authority said Momberg was on Monday given leave to appeal her sentence by the Johannesburg High Court.

“She is expected to apply for bail in Randburg Magistrate’s Court on Thursday 2 August‚” said NPA spokesperson‚ Phindi Louw.

Momberg has already spent about four months behind bars after she was sentenced in March. She is appealing both her sentence and conviction.

The Randburg Magistrate’s Court had ordered that she be jailed after she was found guilty of crimen injuria for embarking on a racist rant‚ hurling the k-word at black police officers and 10111 operators who had tried to assist her following a smash-and-grab incident one evening.

She used the k-word more than 48 times‚ with the tirade captured on video. The clip soon went viral and Momberg was arrested.