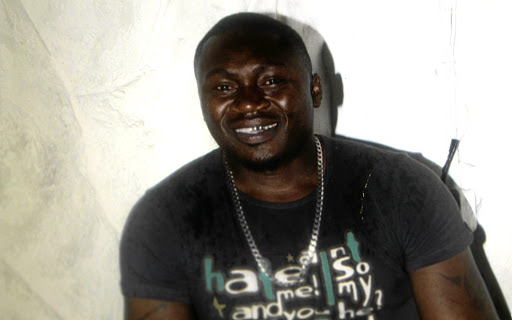 The fiancée of murdered Chibuzo Nkwankwo, who was allegedly shot by the owner of a popular pub in Kempton Park, Ekurhuleni, has described him as a giant who liked to play with other people.

Nkwankwo, 42, was allegedly shot dead by the owner of West Corner Bar and Restaurant, Lawrence Nwaranne, 40, in the early hours of Friday over a female patron.

Nwaranne appeared in the Kempton Park Magistrate's Court yesterday for murder. The matter was postponed until next week for bail application.

Captain Jethro Mtshali said: "It is alleged that the deceased was harassing a woman in the club. The owner intervened and took the deceased out of the club. Witnesses said they then heard gunshots."

A witness said Nkwankwo was playing with a woman in the club when the owner charged at him. "Bouncers tried to push him out, that's when the owner came and pushed him out himself."

The witness said Nkwankwo begged for his life before he died. The man said he was sleeping inside a car with a friend at about 1am when they heard gunshots outside the club.

"The owner fired shots into the air and Chibuzo kneeled down and begged him to spare his life. He said 'please don't kill me, I will never come back here again', but the owner was shouting and pointing the gun at him. He fired a shot into the ground and Chibuzo got up."

The man said Nkwankwo ran to his car that was parked nearby. He said the accused followed him. "The accused stood at the front passenger side and another shot went off.

"I then saw his head hit his car window and he slowly went down and hit the ground with his knees before he collapsed," the witness said.

"The owner then went to him and stood over his body with the gun and a glass of alcohol in his hands and just looked at him. He did not show any emotion even when people told him he had killed Chibuzo."

Nkwankwo's fiancée Sibongile Shikwambana, 45, defended him, saying he never got involved in fights but was only a playful person.

"When I heard that the fight was sparked by him playing with a woman, I was not surprised because that is how he was. He was big, tall and muscular, he liked to play rough.

"He liked to touch people but he meant no harm by that," Shikwambana, who has a three-year-old son with Nkwankwo, told Sowetan after the court proceedings.

"My child will now grow up without a father. I've another son who is not his but he treated him like his own. He took care of me ... he paid my rent, bought me food and took care of my children," she said.