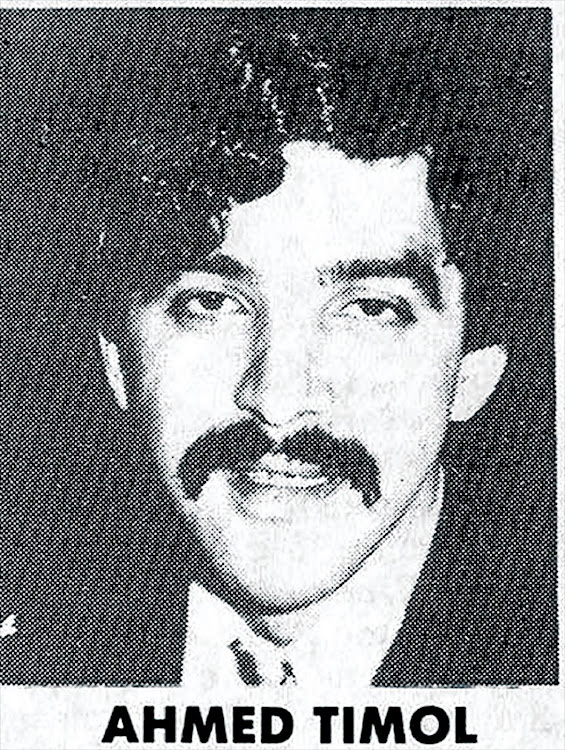 Former apartheid security branch officer Sergeant Joao “Jan” Rodrigues will appear in the Johannesburg Magistrate’s Court on Monday on a charge of murder in connection with the death of activist Ahmed Timol nearly 47 years ago.

This was confirmed on Sunday by the National Prosecuting Authority.

“He will appear in Johannesburg Magistrate’s Court tomorrow‚ charged with murder and defeating the ends of justice‚” said NPA Gauteng spokesperson Phindi Louw.

Eighty-year-old Rodrigues gave evidence in last year’s reopened inquest into Timol’s death in the Pretoria High Court which replaced the 1972 court’s suicide finding with one of murder.

He was a member of the security branch who pushed paperwork and administration and is the last known person to have seen Timol alive before the 29-year-old activist allegedly fell to his death from a 10th floor window at John Vorster Square (now known as Johannesburg central police station) in 1971.

Rodrigues told the inquest that he had “never touched” Timol and he had declined to write the statement his seniors had allegedly wanted.

What he presented to the court was a repetition of the statement he had made at the first inquest into Timol’s death in 1972. In his statement at that inquest‚ the former cop said that Timol had jumped to his death after he had asked Rodrigues to accompany him to the bathroom.

The team of investigators‚ lawyers and human rights advocates behind last year’s reopening of the 46-year-old inquest into the murder in police ...
News
4 years ago

At the time Rodrigues entered the office where Timol was held‚ two policemen‚ Captain JZ van Niekerk and Captain JH Gloy‚ were inside with him. They had interrogated him.

After receiving word that more people had been detained‚ Van Niekerk and Gloy had left Rodrigues alone with Timol to guard him.

It was then that Timol had requested to go to the bathroom and had moved swiftly to jump out of the window after Rodrigues accepted had his request‚ Rodrigues said in his testimony.

According to Rodrigues‚ Timol allegedly went to the window while Rodrigues was moving a chair that was blocking the path.

“I saw a movement from the corner of my right eye. I quickly looked up and I saw Timol moving‚” he testified.

“I tried my best. I moved as fast as possible‚ but I could not reach him.”

During the reopened inquest‚ Judge Billy Mothle warned Rodrigues that if at the end of the inquest he was found to be implicated in Timol’s death‚ he could face prosecution.

Timol judgment: Lessons for the future

The Pretoria high court has pointed out key lessons for a democratic South Africa‚ drawn from the reopened inquest into the death of activist Ahmed ...
News
4 years ago

Rodrigues did not appear before the Truth and Reconciliation Commission (TRC) and therefore does not have amnesty for any crimes he committed or was an accessory to during apartheid.

Timol died on October 27 1971 while in police detention at John Vorster Square.

An inquest held in 1972 found that he had committed suicide.

However‚ Timol's family asked for the inquest to be reopened because new information had come to light.

The High Court in Pretoria ruled that Timol did not commit suicide but died after being tortured and pushed from a window by security branch police officers.

The court overturned a 40-year-old inquest finding that endorsed the police’s version that Timol had jumped to his death.