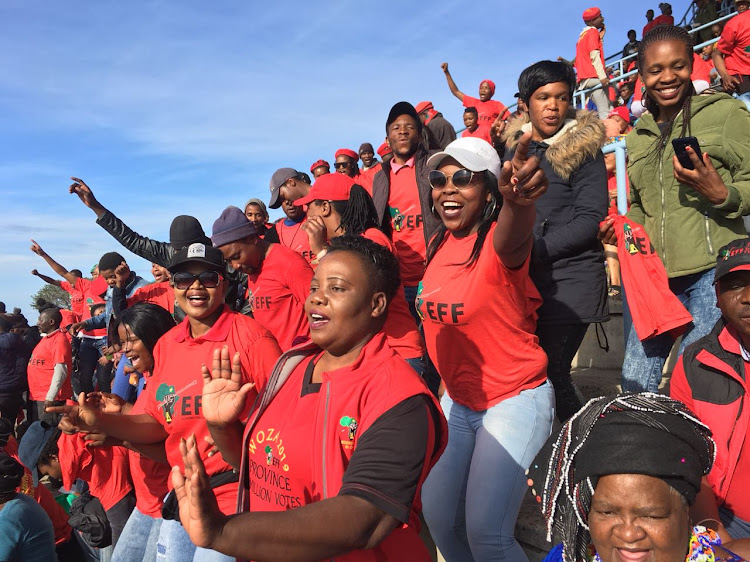 Hundreds of EFF supporters have started to arrive at Sisa Dukashe stadium in Mdantsane in the Eastern Cape for the party's 5th birthday celebrations.

EFF members and supporters started arriving at the stadium as early as 5am‚ waiting in long queues for the stadium to open.

The EFF on June 26 2018 celebrates its fifth birthday. We take a look back at what the party has achieved over the past 5 years. Subscribe to TimesLIVE here: https://www.youtube.com/user/TimesLive

Nomvuzo Ntonjeni‚ 61‚ from Unit 1 in Mdantsane‚ says she has been standing in the queues since 6am to access the stadium so that she can celebrate the party she now calls her political home .

"We woke up early to make sure that we could get the best area at the stadium and see all the proceedings‚" said Tonjeni.

Some party members and supporters have found their seats and are singing jubilantly at the stadium‚ while waiting for the official celebrations to start.