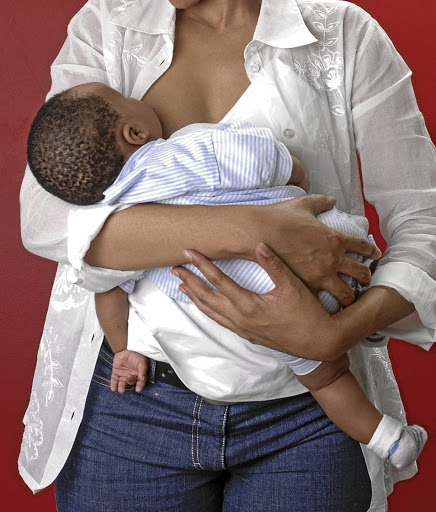 Edcon has decided to initiate a disciplinary process after its employee humiliated a mom who was breast-feeding inside one of its stores.

A mother says she was humiliated by a clothing store worker when she attempted to breast-feed her three-month-old baby at the retail shop last Sunday.

Tumi Mokgalabone, 36, said she was shopping with her three children at Edgars store at the Mall of Africa in Midrand when an employee told her to stop breast-feeding her son. "I was on the shoe isle in the women's department when the baby started crying. I immediately decided to sit down and breast-feed the baby," Mokgalabone said.

She said a female employee approached her and rudely told her the store policy did not allow public breast-feeding. "She shouted: 'you can't breast-feed the child here. It is not allowed here'."

She said the employee insisted that she go inside one of the fitting cubicles and breast-feed the baby there.

Mokgalabone said she felt embarrassed when she asked a person at the entrance of the fitting area for a cubicle to feed her baby. "I felt so insulted. How can they treat me like this? I'm speaking out against what happened to me because I don't want it to happen to other mothers. It needs to stop," Mokgalabone said.

She said a complaint was laid with store management after the incident but she was not happy with how they handled the issue.

She said instead of speaking to her in private, management addressed her at the shop floor with other people present.

Similar incidents have sparked public outrage, with the Health Department and organisations like SA Breastmilk Reserve advocating for mothers' rights to breast-feed their babies in public.

Her husband, Thabo Mokgalabone, 38, said the incident had angered him. "I'm very angry. I want to know if they are going to do something to make sure that this does not happen again," Thabo said.

"The government has been encouraging women to breastfeed but people continue to mistreat them for doing that."

Edcon spokesman yesterday said they had investigated the matter and have decided to initiate a disciplinary process.

"Edcon would like to apologise to our customer for the manner in which the customer interaction was handled. Edcon fully understands and respects the needs of mothers... "

Edcon also stated that their stores have a dedicated breast-feeding room inside the fitting room.

"Edcon would like to offer Ms Mokgalabone a gift card voucher for redemption in any of the Edcon group stores as acknowledgment of the inconvenience and embarrassment this unfortunate misunderstanding may have caused her."