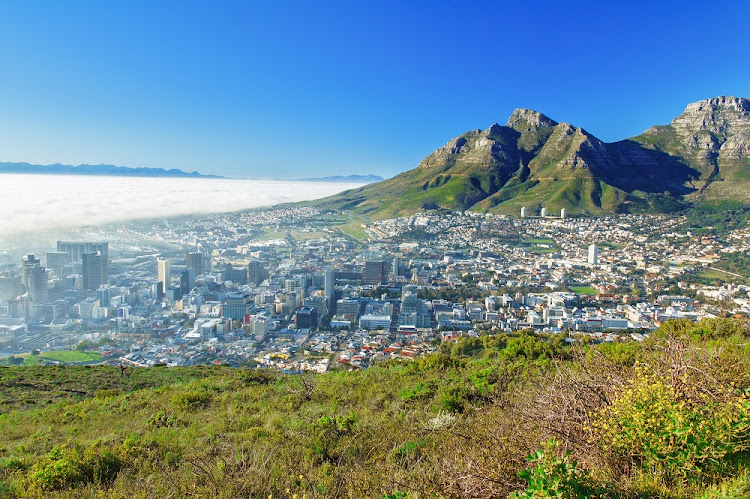 View of the city of Cape Town and Table Mountain.
Image: 123RF/ jaysi

Researcher‚ activist and author Dr Crispian Olver has questioned whether the City of Cape Town has something to hide‚ after he was refused access to documents – and permission to interview officials – about its housing policy.

Olver‚ qualified medical doctor who penned an explosive book about corruption in Nelson Mandela Bay‚ had asked permission to study the city’s audit and forensic reports and conduct interviews with officials about its housing policy.

The request was made as part of his PhD at the Wits School of Political Studies‚ where he is researching how property developers influence local governments who must approve certain building plans or sign off on new developments.

Olver explained: “The Cape Town case study is particularly focused on planning and zoning decisions‚ the way that developers have influenced decision making within the party in power.”

He is studying this topic in a few cities across the country and plans to share his findings to help cities strengthen their local governance‚ he says.

But the City of Cape Town refused his request to interview staff and access reports – but inexplicably said it would welcome his 2019 feedback session.

Olver has not had any other city deny him access to information.

A former Cape Town DA councillor has been convicted of R3-million fraud.
News
3 years ago

He said: “No other city has ever said no and I have investigated quite a few in my time.”

The city’s response to his request for access to info for his PhD specifically stated that he should not be granted permission “due to the high risk and significant impact on the City of Cape Town”.

It then suggests he consider a different city for his work‚ or reapply to do his research in a year’s time.

City communications director Priya Reddy did not explain what risk his work posed‚ despite being asked.

She said: "Dr Olver requested access to political representatives and city officials to conduct interviews through a city endorsed process as well as access to forensic reports and audits - which are highly confidential.”

The City of Cape Town housing policies have been controversial‚ with pressure group Reclaim the City making headlines in 2017 by pushing the city to create more affordable housing.

The group pointed out Cape Town apartheid dynamics persist‚ with poor people living very far from the city centre and having to spend a lot of money and time to get to work.

Property has become unaffordable‚ even for the middle class.

The City of Cape Town has since moved to free up some provincial and city-owned land to develop affordable social housing‚ as announced last year by city councillor Brett Herron.

The city also made headlines in 2017 for initially selling a school in Sea Point to wealthy property developers‚ instead of using the prime land for affordable housing as activists had demanded.

Olver said he didn’t expect the city to refuse his request for interviews and access to documents.

“It’s difficult to understand why‚ despite their public commitment to transparency and good governance‚ the city would not want to investigate an area in which malpractices have been so evidently deleterious to the functioning of the city."

He has not faced this censorship before.

Even when writing his book‚ How to Steal a City‚ that detailed corruption in Nelson Mandela Bay‚ he had access to information.

He said: “Despite the extent of corruption and political instability at the time‚ the [Nelson Mandela Bay] city gave me full access to all their records and staff to conduct my investigations.”

He said he would be able to use Promotion of Access to Information requests to get some data‚ but would not be able to conduct anonymous interviews with Cape Town city officials‚ which will weaken his research. Reddy said the refusal was “about the timing of the research‚ given the administrative and legal processes currently underway‚ which directly links to the main focus on the research topic. This was communicated to Mr Olver”.

Olver asked on Twitter if the City of Cape Town had “something to hide”.

It said it did not.

Reddy said: “The city does not rely on academic research to reveal corruption. There are internal processes to uncover corruption‚ which is dealt with in a decisive manner according to strict procedures. Evidence of this includes the city receiving its 13th consecutive unqualified audit opinion and fourth consecutive clean audit opinion from the auditor-general of South Africa in June last year."