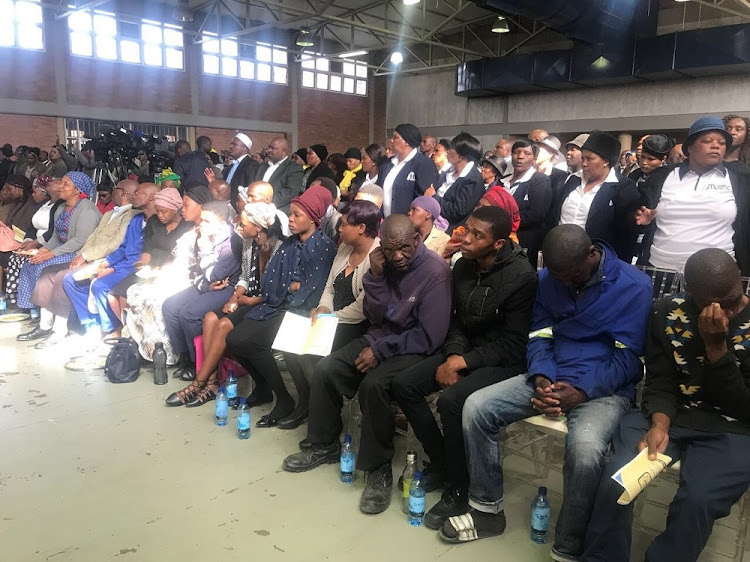 Dozens of mourners gathered at the Rabbie Ridge Community Hall, on Thursday, for a memorial service of the twelve taxi operators who were killed in a brutal attack in KwaZulu-Natal on Saturday.

Eleven people died on the scene when gunmen opened fire on a Toyota Quantum minibus they were travelling in while returning from a  funeral of a colleague, Nkosi Mthembu. The attack occurred along the R74 between Colenso and Weenen. Over 200 shots were fired, leaving the vehicle riddled with bullet holes.

Mthembu was killed along with brothers Sibongiseni and Bongani Mngoma in an earlier attack in Ivory Park, in Midrand, on July 12. Mthembu was a taxi owner and a member of the Ivory Park Taxi Association.

Johannes Mkhonza has denied that his association was involved in the taxi violence over the Mall of Africa route.
News
4 years ago

Speaking to Sowetan before the service started, the association’s deputy chairman Sam Sibisi said they were saddened by the tragedy and hoped authorities would get to the bottom of the shootings.

“We have been saying that we don’t know what this shooting was connected to. We are deeply saddened and confused, we hope that authorities will make arrests soon so the families can get closure,” Sibisi said.

Two banners bearing names of the deceased could be seen on the stage while family member occupied the first two front rows of seats in the hall.