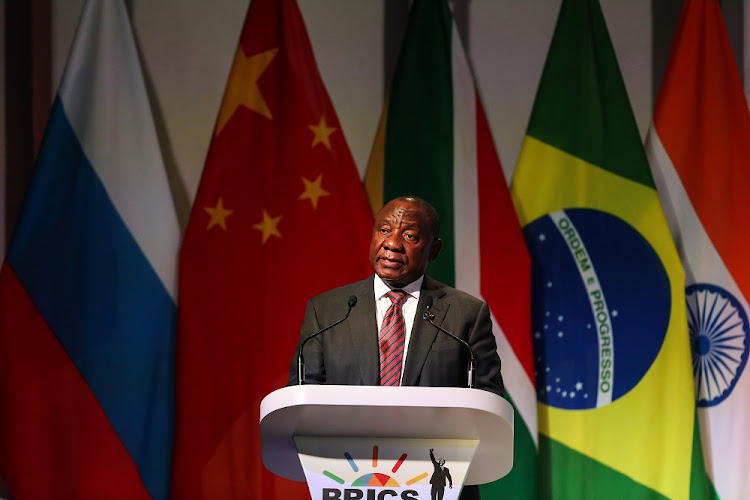 The New Development Bank, set up by the Brics group of major emerging economies, has disbursed loans totalling $5.1-billion (R68-billion).

The loans approval amounted to $1.7-billion (R23-billion) this year alone.

This was revealed by President Cyril Ramaphosa while addressing the Brics business forum at the Sandton Convention Centre, Johannesburg, on Wednesday.

“As we enter the second decade of Brics cooperation, we are determined to expand the bank's role in socioeconomic development.

"One of the most important achievements of the first decade of Brics was the establishment of the New Development Bank, which fills a critical gap in project funding,” said Ramaphosa, who is chairing the Brics summit currently underway in Sandton.

Ramaphosa said the intra-Brics cooperation has been gaining momentum in areas such as finance, agriculture, trade, health, education, security and academic dialogue.

“The Brics countries are increasingly recognised as an influential formation in reinforcing the principles of transparency and compatibility within the multilateral trading system,” Ramaphosa said.

Investment and industrialisation are some of the issues which were discussed at the first day of the Brics summit on Wednesday.

Sandton a hive of activity as Brics summit kicks off

Brics leaders and delegates have started making their way to the Sandton Convention Centre.
News
3 years ago

Ramaphosa makes it rain as he secures more cash from China

President Cyril Ramaphosa has secured close to $35-billion worth of investment for South Africa in July alone.
News
3 years ago
Next Article