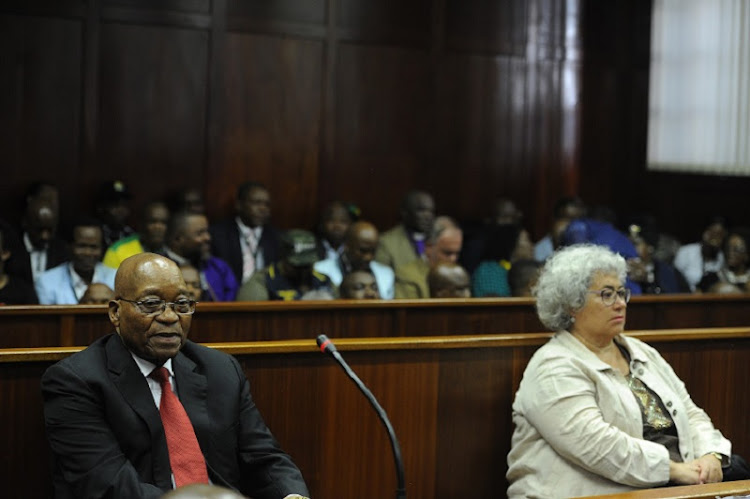 Former president Jacob Zuma in the dock alongside Christine Guerrier, who is representing Thint‚ the local subsidiary of French arms company Thales, at the Durban High Court on April 6 2018.
Image: Felix Dlangamandla

The National Prosecuting Authority has refused to drop the corruption case against French arms company Thint‚ which is accused of bribing former president Jacob Zuma.

The arms company stands accused of offering Zuma a R500 000 a year bribe in exchange for his protection from any arms deal investigations.

Prosecutions boss Shaun Abrahams this morning notified Thint’s lawyers of the state’s decision‚ made after the company made representations for the case against it to be dropped.

Thint’s legal team have indicated they would apply for a permanent stay of prosecution if the state did not agree to drop the charges against them.

That application will inevitably delay the start of the Zuma prosecution‚ which the state indicated it would be ready to begin in November this year.

Zuma and Thint are due to appear in the Pietermaritzburg High Court on Friday.

Hellens is also acting for Zuma’s son Duduzane in his culpable homicide trial.
News
3 years ago
Next Article