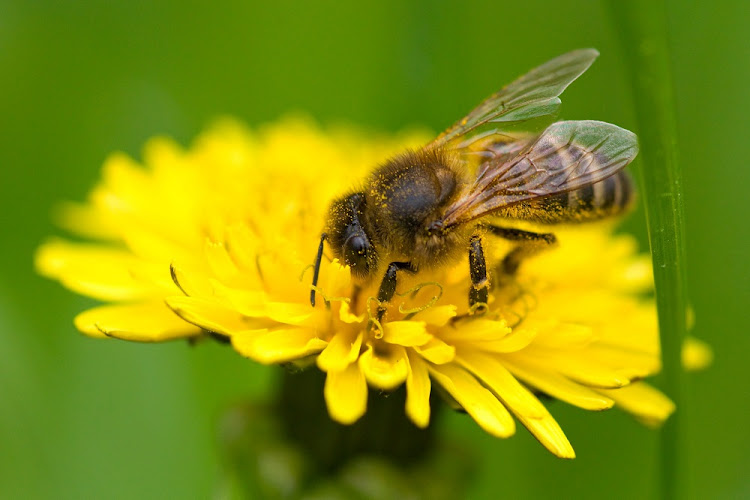 Honey bees could hold the answer to keeping elephants away crops‚ humans and conservation areas.

Scientists made a synthetic blend to imitate the pheromones that honey bees produce when their hives are under attack to test if this can be used to passively control the movement of elephants in the wild. Bees release this compound to signal to the hive they are under attack and summon the guard bees to launch a coordinated mass attack.

The study was conducted in the Kruger National Park from December 2017 to February this year‚ in which 55 interactions were filmed.

The scientists applied the formulation to small stones before putting them into white socks and suspending them from broken branches between 50cm and 100cm off the ground near watering holes that elephants frequented. They also made a control sample to test if the elephants reacted to the compound.

University of Hawaii entomology professor Mark Wright said the soft tissue in the eyes of elephants and their their trunks are particularly vulnerable to painful bee stings. It is believed elephants have learned over the years to back away when they smell bee alarm pheromones.

“They were not stimulated to bolt in fear‚ but showed a relatively calm response‚ which is a desirable degree of deterrence for such animals.”

Water purification is one of the primary purposes of the indigenous palmiet wetlands in South Africa‚ but they are in such a critical state that if ...
News
3 years ago
Next Article