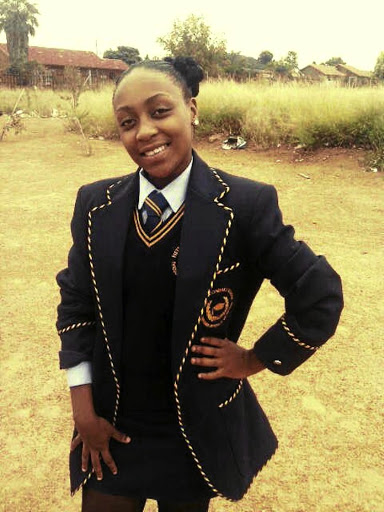 Boitumelo Dlamini was doused with petrol and burnt.
Image: Supplied

The North Gauteng High Court in Pretoria heard from the prosecutor on Tuesday that the two women, who doused Boitumelo Dlamini with petrol before she burnt to death in a fight over a boyfriend, were ruthless and had no respect for her family.

This was from a written submission by prosecutor Mari Marriott during mitigating arguments in the murder and kidnapping case against Cynthia Mosupi, 25, and Sharon Twala, 24. The two were convicted of killing Dlamini, an 18-years-old Grade 12 pupil at Eletsa Secondary school in Letlhabile near Brits, in North West.

They abducted and burnt Dlamini because Mosupi was angered by her romantic involvement with the father of her child. Marriott said the incident was a "cold, barbaric, inhumane and a calculated event".

"The deceased was writing her final matric exam on the day she died. She had her whole life ahead of her. The manner in which the deceased was killed is horrific and it occurred in an excruciating manner," she said.

Marriott said it was clear from the post mortem report that Dlamini did not die immediately. "She inhaled the hot smoke, toxic products of combustion and the direct flames which caused soot inside the trachea, oedema on her lungs, which further caused a protruding tongue," she said.

Marriott said Dlamini sustained 70% primary and secondary burn wounds. She also sustained intense thermal injuries to the head, neck, chest, arms, hands, side of buttock and upper part of the lower limps. "It is dreadful to imagine what the deceased had to endure before she passed away. Now, accused 1 (Mosupi) wants the mercy of the court due to her being teased about her burn wounds she sustained, funny enough, on her own selfish and jealous actions," Marriott said.

Marriott further told the court that the pair had every opportunity to stop what they were doing but they did not. She said Twala was equally responsible for the murder as she held her down, and she was the one who lured Dlamini to the car and showed her to Mosupi.

"She held Dlamini down while she was being doused with petrol." Marriott said Mosupi could not have burned Dlamini without Twala's assistance.

She asked the court for lengthy sentences. The two appeared in court with fresh hair styles in the same colour hair pieces, same earrings and makeup.

They chatted with their family members before the proceedings got under way. After consulting with families, the duo sat close to one another and continued to chat until their matter resumed.  The matter was postponed to next month for sentencing.