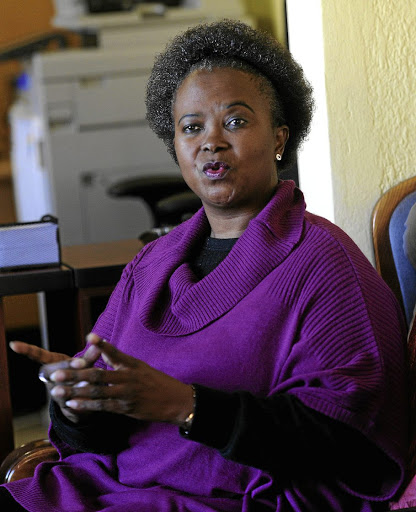 Sikelelwa Msitshana of Orlando West has lost her hearing due to the side-effects of an old MDR-TB drug.
Image: Veli Nhlapo

The major rollout of a breakthrough MDR-TB drug has arrived in South Africa a decade too late for a Soweto woman and others who lost their hearing because of medication's side-effects.

By the time the Department of Health announced a wider rollout of bedaquiline three weeks ago, Sikelelwa Msitshana, 50, had already lost her hearing due to the treatment's side-effects in 2008.

According to information from the department, bedaquiline was introduced and accepted by the former Medicine Control Council - now called the SA Health Products Regulatory Authority - in 2013.

About 200 patients were treated with the drug through the Bedaquiline clinical access programme, and the latest results reflected favourable outcomes.

Msitshana, who spoke to Sowetan yesterday, said she was not bitter about how things turned out for her.

"It's a bit too late for me but other people will benefit from it and I am happy about that. I think this is a breakthrough and I'm actually excited about it. People will not have to go through the same challenges that I and others faced."

Many lives were saved through the standard treatment to tackle multi-drug resistant TB through the years but with it came severe side-effects - including loss of hearing.

Bedaquiline has proven to be less toxic and more effective while it can also be taken without injection.

Msitshana, who was diagnosed with HIV in 1995, said her first encounter with TB treatment was in 2005 after doctors discovered that her CD4 count had dropped.

She said doctors placed her on TB medication but later discovered that she had another condition with similar symptoms to TB.

Msitshana recovered from the illness but in 2007 she actually contracted TB, resulting in her being placed on the treatment again.

When Msitshana started going deaf gradually, doctors informed her that she was suffering from one of the side-effects associated with TB drugs.

Msitshana said knowing what she knows now about the medication, she still would have traded her hearing to stay alive.

"I would have chosen life. Look at me now, I went deaf and more opportunities opened up for me.

"My life is fulfilling now. I work with wonderful young people," she said.

Msitshana, who worked as an executive for various organisations before losing her hearing, said she had found meaning in helping people through her organisation - the Deaf Empowerment Firm.

Yesterday, Health Department spokesman Popo Maja said they had finalised discussions with the manufacturer to reduce the price of the drug to R9950 per patient for six months.

"The phasing out of injectable or old medication will be completed within three to six months, [with] the cut-off date of December 31 2018," Maja said.

Heywood said a less toxic drug meant people will experience fewer side effects and reduce the number of people who default on treatment.