Peter Nyoni looking for a clean fight in Mpumalanga 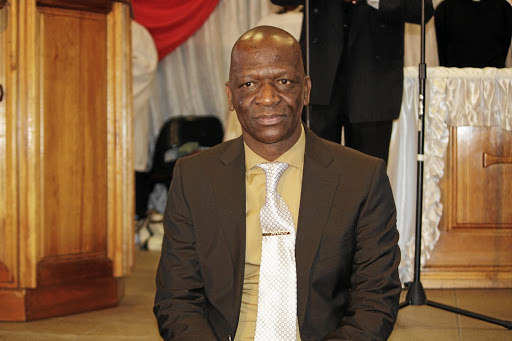 Mpumalanga ANC chairman candidate Peter Nyoni says his province is done with "dictatorship" where a certain individual chooses who the next leader will be.

Nyoni said he was opposed to elections based on "a bogus consensus".

Nyoni said he was happy the party has a number of people contesting the position of chairperson at its provincial general council (PGC) election in September. He said this means a ballot paper will be used to choose a leader.

The positions of chairperson and deputy chairperson became vacant when David Mabuza was elected ANC deputy president in December.

We will do away with the slate politics

His then deputy Violet Siwela was also elected into the national executive committee of the ANC.

Speaking to Sowetan yesterday after his weekend campaign, Nyoni said: "What I can say is that all along there was an arranged consensus based on individual choices... based on dictatorship.

"Now people are starting to ask themselves what has that kind of arranged leadership created within the organisation. People are beginning to see that slate politics did not benefit the organisation but individuals."

Mabuza took over as chairman in 2008 and enjoyed an uncontested leadership position until he was elected deputy president.

"It will be a ballot and we will do away with the slate politics ...

Mtsweni heeded a call by National Health Education and Allied Workers Union to remove MEC for health Gillion Mashego from the portfolio.
News
3 years ago

The name of Mpumalanga premier Refilwe Mtsweni has also been thrown into the hat to contest the position of ANC chair.
News
4 years ago

"All comrades will have an opportunity to vote, not for Nyoni but anyone they wish and that is [in accordance with] the constitution of the country," said Nyoni.

Meanwhile, a memorial lecture scheduled to be addressed by Nyoni was disrupted in Embalenhle, Secunda.

"These people were saying they don't have jobs and other services.

"I'm asking myself why they left leaders they elected to come to me.

"That means they have trust in me ... If they were sent by someone, I'm asking myself why the desperation to stop a peaceful gathering where we were to talk about our father Nelson Mandela," he said.