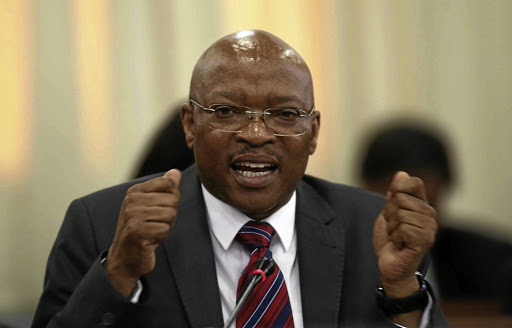 Apleni is the longest serving director-general, having been with department for close to 10 years.

Gigaba said that Mkuseli will be pursuing an opportunity in the private sector.

His resignation came as a shock as he recently went to court to fight his suspension.

Former minister Hlengiwe Mkhize placed Apleni on "precautionary suspension" last year citing gross misconduct. Apleni argued that Mkhize did not have the authority to suspend him and that only the president possesses such powers. The court ruled in his favour.

Apleni had accused Mkhize of forcing him to settle cases against the department. One of the cases allegedly involved a company belonging to the former minister’s son.

“Some of the cases I'm reading about, I felt this is malicious. To believe that he and he alone, could resolve cases that affect different organs of state, for me, I said this guy has gone crazy. How can I expect him to do that?,” Mkhize told eNCA at the time.

Apleni says court judgment setting aside his suspension is a vindication

Home Affairs Director-General Mkhuseli Apleni says he has been vindicated by the Pretoria High Court ruling setting aside his suspension.“I’m ...
News
4 years ago
Next Article