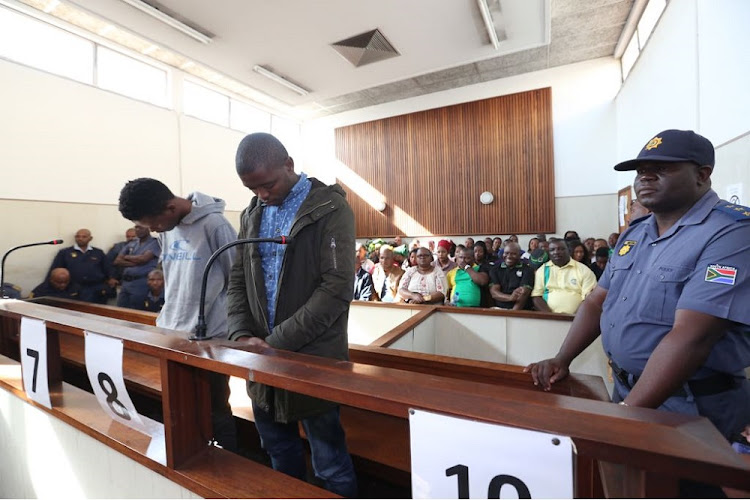 Andile Zulu and Mfanafuthi Zulu appear in the Umlazi Magistrates court for the alleged murder of ANCYL representative Bongani Mkhize on the weekend.
Image: Jackie Clausen

Two men accused of the murder of ANC Youth League figure Bongani Mkhize made a brief appearance in the Umlazi Magistrate’s Court on Monday.

Cousins Mfanafuthi‚ 29‚ and Andile Zulu‚ 24‚ were arrested in the hours that followed the murder at the weekend.

Mkhize‚ the branch chair of the Coastal TVET College‚ is understood to have quarrelled with the pair before they allegedly attacked him. He was shot and died at the scene.

Mkhize had earlier attended the ANC's provincial elective conference at the Durban University of Technology.

The pair stood crestfallen in the dock‚ with the matter adjourned for seven days to allow for further investigation. They will appear again on July 30.

Members of the ANC Youth League protested outside the Umlazi Magistrate’s Court on Monday July 23 2018 where two suspects appeared for the alleged murder of the league’s branch chairman Bongani Mkhize.