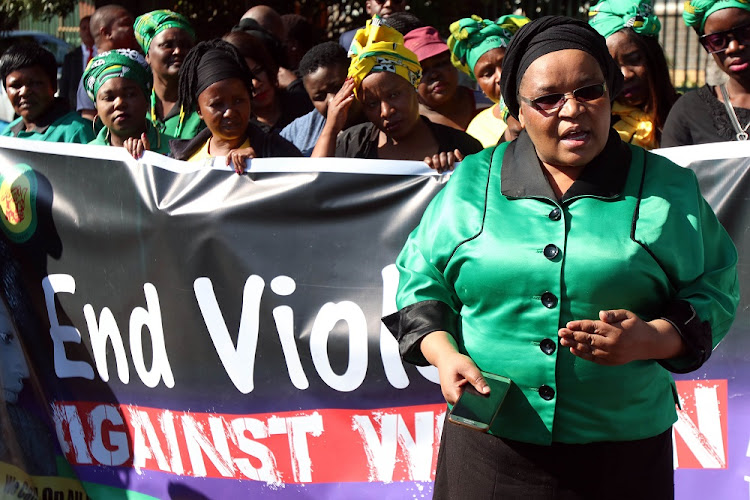 The ANC Women's League has once again bemoaned the low number of women who are elected into leadership positions in the party.

ANCWL secretary-general Meokgo Matuba yesterday said this was an indication that women still had a long way to go to achieve 50/50 representation in the ANC.

She was speaking after the conclusion of two ANC provincial conferences at the weekend, where only two women were elected to 10 top positions available.

Gauteng legislature chairwoman of committees Nomantu Nkomo-Ralehoko and KwaZulu-Natal cooperative governance and traditional affairs MEC Nomusa Dube-Ncube were the only two women elected to the male-dominated ANC top five of their respective provinces at the weekend.

Nkomo-Ralehoko was elected deputy provincial secretary in Gauteng, while Dube-Ncube was elected treasurer in KZN.

"It is so disappointing," Matuba said.

"We are more than men [in numbers] but we are still ruled by men. We must use our power to change the status quo. Women can lead and are capable."

Two more provinces of the ANC held their conferences at which new party leadership were elected.
Opinion
3 years ago

Matuba blamed the failure of women not making it to ANC top positions on women not supporting each other. She also said women did not contest positions during conferences.

Matuba said that the women's league had started lobbying structures to support the league's push for a 50/50 representation ahead of the 2022 national elective conference.

"Comrades rejected slates and opted for [a] unity approach with relation to the leadership of the ANC," he said.

During the national conference at Nasrec last December, Jessie Duarte was the only woman who made it to the ANC top six.

The newly elected ANC Gauteng chairman David Makhura said the lack of women in the ANC top five must be corrected in the next provincial conference.

"There are women in our province who are capable of leading," he said.

The election of five new top officials for the ANC in KwaZulu-Natal has been hailed as a victory for the Youth League in the province.
News
3 years ago
Next Article